Personal genomes, compendiums of a person’s entire genetic makeup, are all the rage. Scientists have deciphered the genetic blueprints of thousands of people, with many more to come. And with the completion of these genetic instruction books, narratives about the genomic revolution have not been far behind. 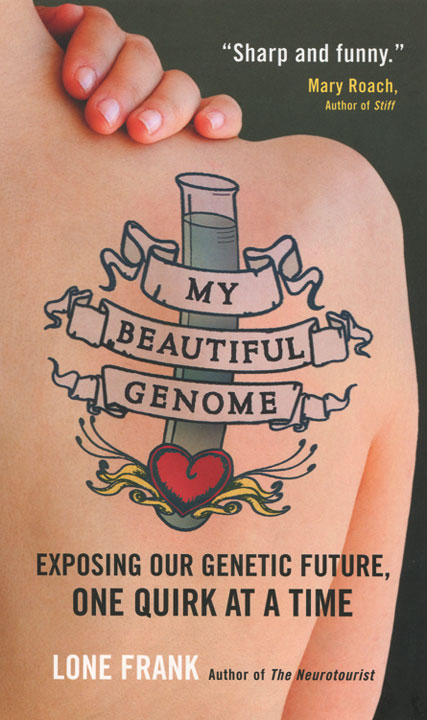 Danish science writer Frank’s offering is one of the most readable and fascinating of the bunch. Frank guides readers through various ways genetic information is being used. She explores her own genes, uncovering genetic quirks along the way. She ponders the use of genetic information to reveal ancestry and attempts to answer her own questions about why human beings are entranced by their biological origins.

Frank gives us a glimpse of her medical future as predicted by small variations in the composition of chemical letters within her genome. And yet this self-examination doesn’t seem self-absorbed. Instead, she’s a stand-in, a genetic everyman or everywoman, guiding readers through their own self-discovery.

Frank even takes up a male coworker’s challenge to determine whether he and Frank would produce a genetically optimal child, or if she would be better matched with her boyfriend. Along the way she explores the world of DNA-based dating services and the debatable science on which they are based.

Despite the evidence that Frank presents suggesting that genes control everything from mental states to mate selection, she is careful to point out that “my genes are not fate but cards I’ve been dealt, and some of those cards give me a certain amount of latitude in playing the game of life.” Well played, Ms. Frank.