Darwin’s theory of evolution is the bedrock of modern biology. Populations of organisms acquire advantageous new traits, pass them on to subsequent generations and sometimes create new species. In his fascinating new book, Wilson, an evolutionary biologist, suggests applying the principles of evolution to social and cultural problems. 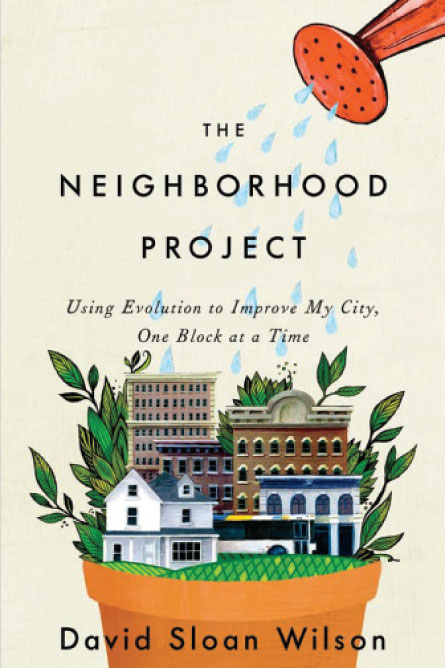 In an easy-to-read, conversational style, Wilson describes how he and his colleagues and grad students use the techniques of evolutionary biology to diagnose problems in areas as diverse as childhood education, human relations, city governance and even economics.

In Binghamton, N.Y., where Wilson teaches, he and his students use statistical databases to track, neighborhood by neighborhood, various aspects of quality of life, such as prenatal and early childhood care, happiness, and high school graduation rates. Wilson’s Binghamton Neighborhood Project has helped people in the community become more engaged, working to improve their parks and other shared spaces.

Human behaviors, he says, respond to selective pressures just as organisms do: Those that provide benefits to an individual or group proliferate, and those that don’t, disappear. In a comparison with the animal world, Wilson says people in a community can behave more like water striders he observed on a pond, careening around in pursuit of their own goals, or more like wasps, “working together, without necessarily knowing it, for the common good.”

Human cultural evolution, like its biological counterpart, boils down to a process of mutation, variation and natural selection, Wilson contends. A theory so useful for understanding the human condition must also be useful for improving it. — Sid Perkins