Living only for the present, using up natural resources, polluting the environment without considering future generations — can humans ever change? Lawyer and popular-culture lecturer Abrams and her husband Primack, an astrophysicist noted for his work on dark matter, argue that people might, if only they learned a little cosmology. 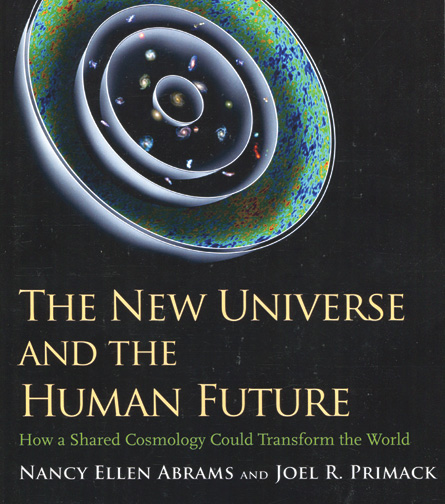 Echoing the words of Joseph Campbell, who studied the myths of ancient and modern peoples, the authors argue that the world needs a modern understanding of human beginnings — a common story. The origin of the universe — with concepts such as the Big Bang, cosmic inflation, dark matter and dark energy — could become this overarching story for all humankind.

Abrams and Primack are careful to explain that they’re not discounting religion as a way for people to connect with each other and understand the meaning of the universe. But the authors believe that by understanding concepts of cosmology, a more global understanding of the human role in the cosmos will emerge.

“We need to feel in our bones that something much bigger is going on than our petty quarrels and our obsession with getting and spending, and that the role we each play in this very big something is what really defines the meaning and purpose of our lives,” they write.

The authors tell the cosmology story well and illustrate it with stunning images, in the book and online at www.new-universe.org. But it’s unclear whether a universal understanding of cosmic origins can ever take hold, since those who disagree may never pick up the book in the first place.