Before phosphorus became a common ingredient in lightbulbs and bombs, early chemists isolated it from urine — at the time, an at-hand source of undiscovered chemicals. According to a recipe by English scientist Robert Hooke, it was best to start with 50 to 60 pails of the stuff. 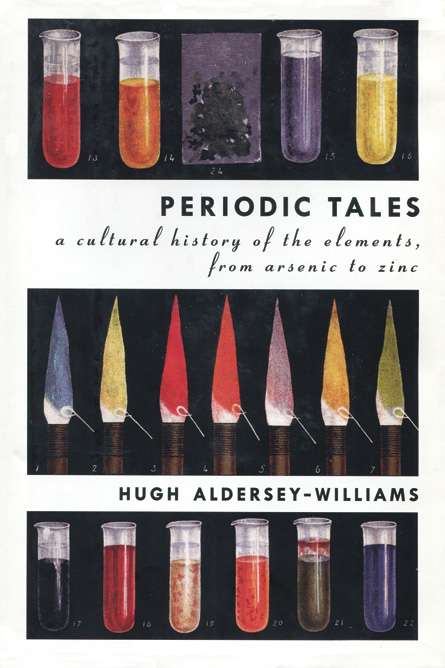 Buckets of pee probably aren’t the first thing most people think of when they eye the periodic table, but such images seem to pop readily into Aldersey-Williams’ mind. This scientist-turned-writer dives into the discovery of many of the table’s now famous letters — P, S and O — and even some of the more obscure — Eu, Er and Yb. But he’s also interested in the cultural cachet of those elements. Phosphorus, for instance, went from a glowing, albeit stinky, symbol of scientific ingenuity to an ingredient in white-hot bombs, capable of burning entire cities.

Like the periodic table itself, the book is episodic. But that’s not always a bad thing. Many of the elements highlighted come with strong narratives (see the chapter on chromium for the story of an element that rose and fell in the public eye over the span of a few decades).

Chemistry buffs should be warned, however, that this sometimes personal endeavor is about as far away from a textbook as hydrogen is from radon on the iconic table. Aldersey-Williams doesn’t spend much time explaining why neon is inert, but he does explore the element’s associations with American flashiness. In other words, this is the book for those who spent science class wishing they were reading Nabokov instead. Or, perhaps, for chemistry buffs willing to take their valence electrons with a touch of whimsy.