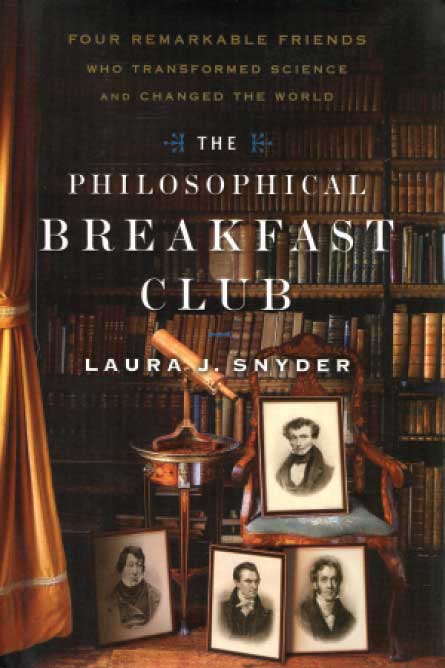 Modern science is a strange beast. Lab experiments, calculations and meticulous methods bind to abstract theories and revelations in a single pursuit. The rigorous side of this approach, Snyder argues, comes to today’s science largely thanks to four Cambridge friends who in the 19th century faced a British science gone stagnant. In a wonderfully crafted story, she follows how the quartet helped to change the rich man’s hobby into a professional field with a public responsibility.

These men — Charles Babbage, John Herschel, William Whewell and Richard Jones — fought to promote Francis Bacon’s inductive method, which depended on data to form overarching theories. Trumpeting the call “knowledge is power,” the friends sought to unwrap nature’s secrets with man’s reason. Astronomy, economics, computing and photography (among others) felt their genius. Herschel’s chemical dabbling pinpointed a solution that preserved images “painted by the light” on treated paper, while Whewell began the systematic study of the Earth’s tides and coined the term scientist.

The book is far more than a tale of discoveries. A philosopher of science, Snyder writes with the depth of a scholar and the beauty of a novelist. She connects personal and professional histories into balanced conclusions and poignant scenes, such as Herschel’s New Year’s Eve farewell to his father’s famous telescope, when he and his family gathered in the 4-foot-wide tube to sing a requiem before the instrument was closed up forever.

While the theme-based organization muddles the timeline, it sets the reader firmly in cultural and scientific contexts. The book is a worthwhile read for anyone interested in the history of science.