If you thought Ebola was scary, just wait. Wolfe, a pandemics expert who has traveled to the sources of HIV and other deadly viruses deep in African forests, says that lots more nasty pathogens, ones you’ve never heard of, are out there. They’re lurking in monkeys, in bats, in animals that will be hunted and slaughtered and eaten. And when that happens, some of those bad boys will literally go viral. 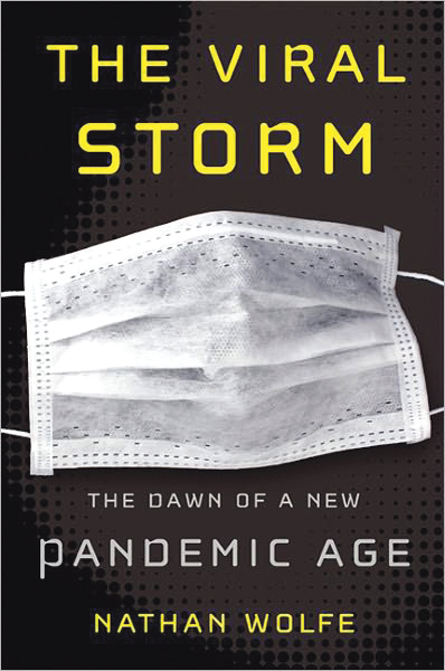 Wolfe makes a convincing case for the threat, first walking readers through a world seen from the perspective of viruses and showing how they infect and spread. Next he shows the developments in human evolution and culture that have made pandemics not only possible, but inevitable. (You’ll never look at roads quite the same way.)

Wolfe’s own research has demonstrated the role of hunting and eating wild game in introducing new diseases into the human body. The more closely related hunter and hunted are, the more likely a microbe will be able to adapt to its new host. Already, as Wolfe details in scenes practically scripted for the next epidemic thriller, humans have picked up Nipah virus from pigs, HIV from chimps and Ebola (probably) from bats.

In later chapters, Wolfe details his work establishing monitoring networks aimed at catching pandemics before they start. This effort is in its infancy, but it couldn’t get better advertising than it does here. Sometimes the scariest thrillers are those that could play out in real life.