The four-color map problem can be understood by a bright fourth-grader (the question: whether four colors are enough to ensure that no two countries with a common border share a color). By junior high, most kids can grasp prime numbers and learn something about their properties and patterns. High school algebra students can comprehend what Fermat’s last theorem means. Yet these topics have for decades, or even centuries, occupied the world’s most sophisticated mathematicians. 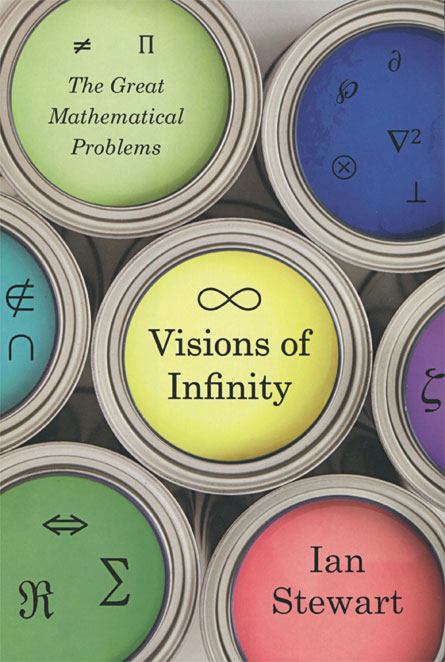 Stewart tells the story of the quest to prove propositions related to these and other topics, not so easily understood, posing problems regarded as the toughest in the mathematical world. For some, proofs have been found; for others, large cash prizes await whoever ultimately succeeds. Stewart describes the steps and missteps along the way that have sometimes opened up entirely new fields of mathematical research, or have revealed deep connections among fields previously thought unrelated.

Stewart’s take is no superficial popularization; although much is accessible to a determined reader with deep interest, following the threads he weaves in detail requires a fair amount of willingness to reread. And while his grasp on mathematical history is thorough, physics fans may notice that in a chapter on a mathematical physics problem he stumbles on historical detail: He misstates the chronology of particle physics discoveries and attributes the explanation of atomic isotopes in 1911 to Amedeo Avogadro, who died in 1856.

Still, as a guide to the inner workings of the mathematical jungle, Stewart provides an engaging and informative experience. If you wish to intelligently discuss the Riemann hypothesis, P/NP problems or the Hodge conjecture, you ought to read this book first.