Weeds, according to one definition, are simply plants that are growing in the wrong place. Some have invaded gardens from the surrounding countryside, and others escaped cultivation to infest the landscape. But in almost every case, weeds — whether you think of them as adaptable opportunists or as botanical thugs — thrive in human company. 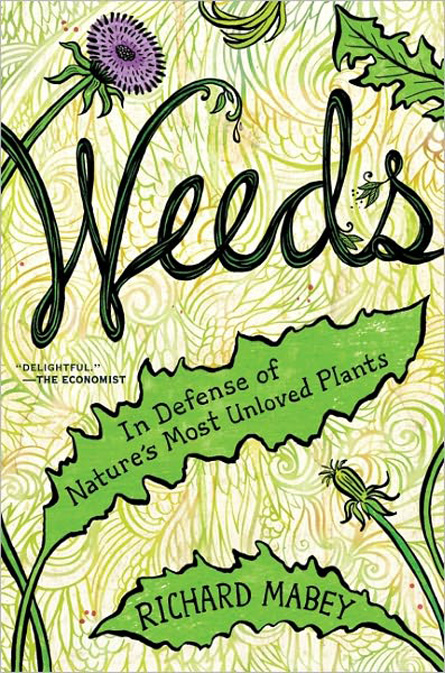 In a charming paean to plants sometimes ignored and often detested, nature writer Mabey points out that weeds are evolutionarily primed for success: They tend to grow quickly and produce prodigious numbers of seeds. Those seeds are dispersed by winds or carried far and wide by creatures, on fur and feathers or hitching a ride in stomachs — in which case the plants-to-be are deposited at their destination amid a dollop of fertilizer. And if growing conditions aren’t quite right, so be it — some seeds can lie dormant for decades before sprouting in profusion.

Regardless of common perception, weeds can be useful, Mabey argues. The first crops were essentially domesticated weeds. Kentucky bluegrass, a symbol of the American South, was considered a weed in Britain before it was planted as forage for livestock in the colonies. And burdock burrs, covered with thin spines ending in tiny flexible hooks, inspired the invention of Velcro.

Plants unwelcome in some places are beloved in others, from cornflowers and fuchsia to the exuberant yet fragile poppy — a reminder, the author says, that plants become weeds only when people label them as such.