In his new book, Gazzaniga drags readers kicking and screaming to the brink of an existential meltdown, and then rescues them with a dramatic twist at the end. 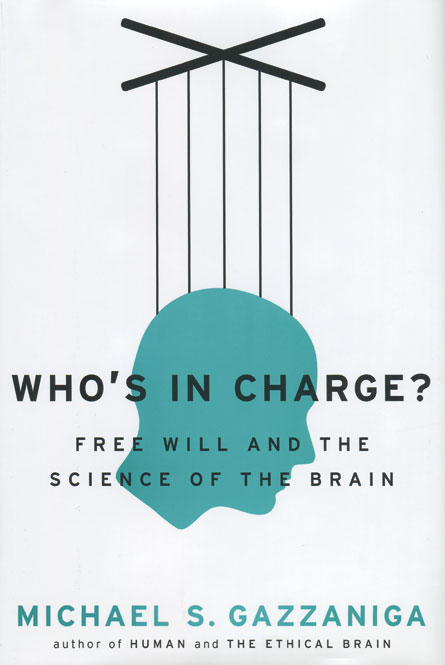 Gazzaniga’s opening salvo: You are not the boss of your brain. The illusion of control is a sweet lie that people —including neuroscientists — tell themselves. Gazzaniga, a neuroscientist himself, describes loads of studies, including some of his own, showing that people aren’t always willful and purposeful agents in control. One of his best arguments: “Have you ever succeeded in telling your brain to shut up already and go to sleep?”

If natural laws and the ways of the brain can explain each and every behavior, it follows that free will is an illusion. But before you sprint out and buy a Porsche (“The universe made me do it!”), Gazzaniga calls out that very issue. Angsty hand-wringing about free will is meaningless, he argues. What really matter are social relationships. Just as it’s uninformative to say that a person who is alone on a planet is the tallest, the concept of personal responsibility has no meaning if there are no other people to be responsible to.

No matter how much scientists learn about the brain, the results will never offer an escape clause releasing people from personal responsibility, he says.

For sensitive, introspective readers, the book may feel like an emotional roller coaster as it careens through brain science, morality and even law. But Gazzaniga is a funny, sympathetic and trusty guide, making the trip not just worthwhile, but fun.