Hurricanes and other tropical storms are deadlier than just surging water and howling wind. Close to half of all storm fatalities are caused indirectly, new research shows.

Storm reports typically include only deaths directly attributable to a storm’s physical forces, such as drowning in floodwater or being struck by airborne debris. Incidental deaths are excluded, such as those that occur due to power outages, house fires and accidents during evacuations.

The reports miss the bigger picture, hurricane scientists say. Compiling data from 59 Atlantic Ocean hurricanes from 1963 through 2012, the scientists calculatethat the storms caused 1,418 indirect deaths, nearly on par with the 1,803 direct deaths. For about half of storms, indirect deaths outnumbered direct deaths, the researchers report online September 9 in the Bulletin of the American Metrological Society.

Hurricanes cause many fatalities indirectly, including those due to power outages, heart attacks and car accidents. This graph excludes several hundred deaths during Hurricane Katrina that could not be definitively categorized. 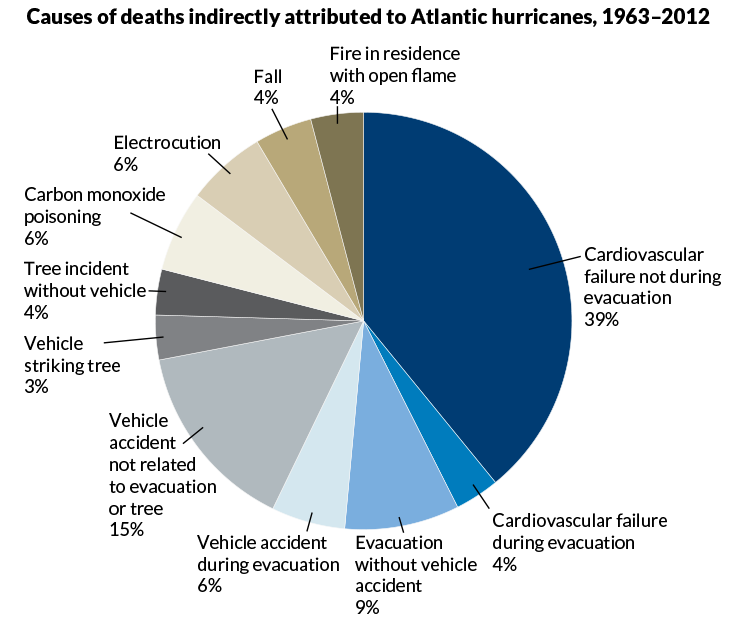