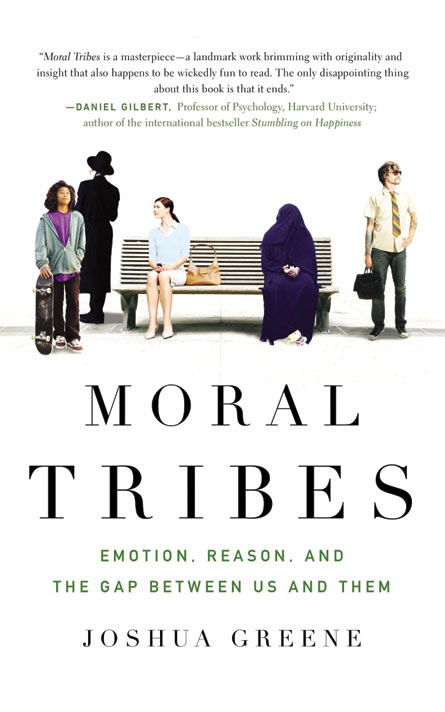 Monks, mobsters and everyone else heed moral codes, even if these codes seem incomprehensible or repellent to outsiders. All moral thinking boils down to two basic conflicts, writes philosopher and neuroscientist Greene: “me versus us” and “us versus them.”

His argument goes like this: In the small tribes that dominated human evolution, moral rules emerged as a way to encourage individuals to put the best interests of a home group — “us” — ahead of “me.” Moral systems also prompted tribal people to value “us” over competing groups, or “them.”

“Me versus us” morality works pretty well by relying on intuitions, such as a widespread impulse to punish comrades who don’t contribute their fair share, Greene says. But in “us versus them” situations, moral instincts can trigger mayhem, from civil wars to bitter stand-offs over abortion. For groups in conflict, Greene recommends overriding intuitions and hashing out compromises to ensure the happiness of all.

Greene’s argument stems largely from experiments in which volunteers solve hypothetical moral dilemmas, such as whether to push a man into a trolley’s path to save five others. Chapters describing these studies are a tough slog, and the author even advises casual readers to skip a couple of them.

Much of the book, though, presents intriguing takes on moral affairs. It’s questionable to what extent Greene’s hypothetical trolley scenarios generalize to real-life moral dilemmas, in which people are less certain of possible actions and outcomes. And the author’s defense of abortion — in short, that there’s no evidence that a fetus becomes worthy of moral consideration in one magical moment, so how late in a pregnancy to allow abortion is an arbitrary decision — is a guaranteed debate-starter, whatever your moral tribe.