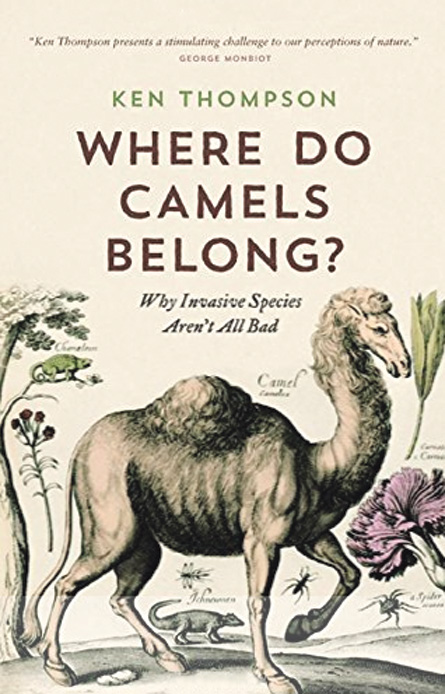 Invasive species are the outlaws of the ecological world. They move in and muck up ecosystems, sap natural resources and muscle out respectable natives. The U.S. government spends billions of dollars each year to combat these rowdy aliens, and yet they keep on coming.

But many nonnatives get a bum rap, says Thompson, an ecologist at the University of Sheffield in England. In his engrossing book, he examines the evidence for the accusations leveled against these outsider species and finds that most don’t deserve the bad press.

More often than not, Thompson argues, invaders’ greatest crime is moving in after human activities have made ecosystems unsuitable for natives. Even the most disparaged offenders can bring unexpected benefits to new neighborhoods. Zebra mussels, the pipe-clogging scourge of the Great Lakes, also act as an important food source for local waterfowl and fish, for example.

And eradication efforts can do more environmental damage than the invasives. Dousing hillsides in herbicide or bringing in another species to police previously introduced plants and animals can harm natives and nonnatives alike. Neither tactic worked on spotted knapweed, which has spread across the continental United States since it arrived in the late 1800s. In fact, the European flies introduced to control knapweed made a tasty snack for local deer mice. As the rodent population boomed, the mice gobbled up native plant seeds with gusto, preventing them from taking root. Knapweed, which can coexist fairly peacefully with its native neighbors, continues to bloom despite the flies.

Thompson isn’t claiming that all invaders are upstanding citizens: Guam would be better off without brown tree snakes, for instance, and Australia could do without cane toads. But deforestation, dam building and other types of meddling have irrevocably changed ecosystems. Before putting the blame on nonnatives and taking costly measures to oust them, he says, it pays to figure out if they’re guilty as charged.