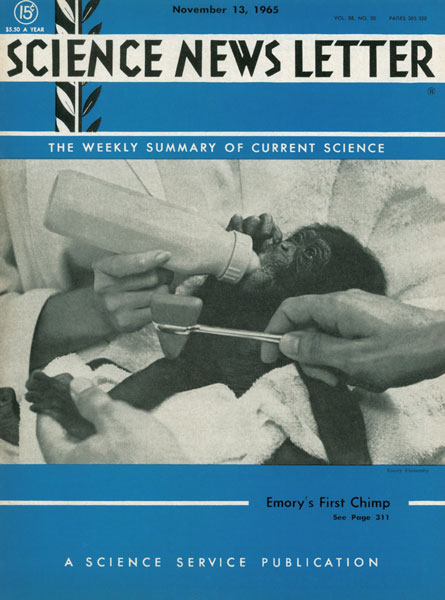 Dog brain transplanted — Dog brains have been successfully transplanted for the first time in medical history. Dr. Robert J. White and his team of scientists at Cleveland Metropolitan General Hospital … believe this accomplishment has opened the way to treatment of brain tumors, cancerous growths and a better knowledge of the cause and treatment of multiple sclerosis.The transplant … acted as a second brain in the animal’s neck. — Science News Letter, November 13, 1965

In 1970, White transplanted a rhesus monkey’s head onto a decapitated body, but the animal did not survive long. The problem of how to reconnect severed spinal cords remains a major hurdle to brain transplant­ation. In 2013, an Italian neuroscientist proposed a full head transplant, but many neuroscientists consider the idea technically and ethically out of bounds. Recently, special glues have shown promise in fusing severed nerve tissues. Most of today’s above-the-neck transplant research focuses on faces rather than brains or heads.