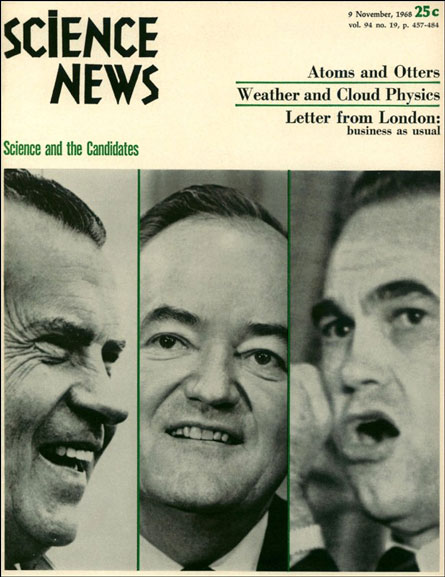 When the [Atomic Energy Commission] first cast its eye on the island of Amchitka as a possible site for the testing of underground nuclear explosions, howls of anguish went up; the island is part of the Aleutians National Wildlife Refuge, created to preserve the colonies of nesting birds and some 2,500 sea otters that live there…— Science News, November 9, 1968

The commission said underground nuclear testing would not harm the otters, but the fears of conservationists were well-founded: A test in 1971 killed more than 900 otters on the Aleutian island.

Some otters remained around Amchitka, but 602 otters were relocated in 1965–1972 to Oregon, southeast Alaska, Washington and British Columbia — areas where hunting had wiped them out. All but the Oregon population thrived, and today more than 25,000 otters live near the coastal shores where once they were extinct.

“They were sitting on the precipice,” says James Bodkin, who is a coastal ecologist at the U.S. Geological Survey. “It’s been a great conservation story.”