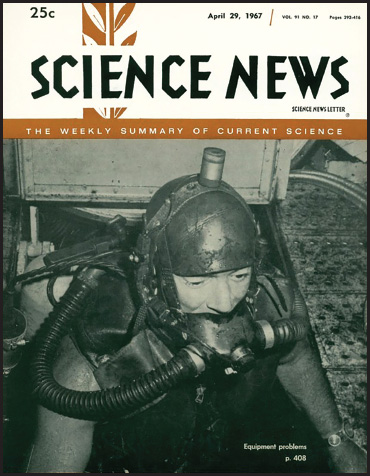 Continental drift, a theory often considered amusing but rarely important, seems about to become the focus of a revolution in geology. At the least, it has already split the geological community into those who find the evidence for it “formidable” and those who think it is not yet formidable enough to constitute a proof. — Science News, April 29, 1967

That continents shift is now widely accepted and explained by plate tectonics. Plenty of evidence supports the idea that the Earth’s outer layer is divided into large slabs that gradually move over the mantle. But researchers don’t agree on when the plates first began shifting. New evidence from ancient rocks found in Canada suggests the slipping and sliding didn’t get going until Earth was at least a billion years old (SN: 4/15/17, p. 8). In about 250 million years from now, the continents may drift together into a supercontinent called Amasia (SN: 1/21/17, p. 18).