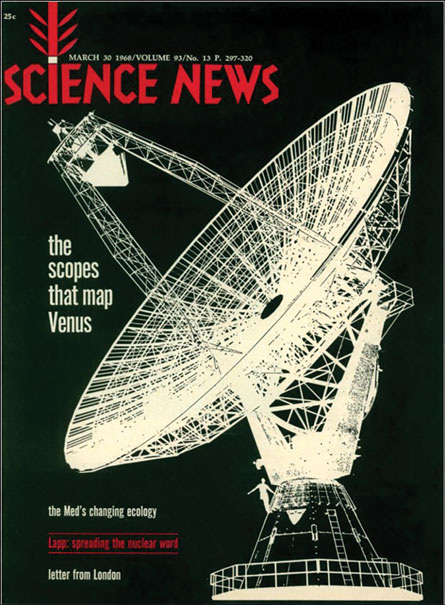 The Red Sea is invading the Mediterranean.… So far about 140 life-forms, mostly animal and mostly invertebrate, have crossed the Isthmus of Suez.… It is possible that this … will result in the loss of a few native fish and invertebrate populations to stiff competition from the newcomers. — Science News, March 30, 1968

Whether the movement of creatures through the Suez Canal, called the Lessepsian migration, is good or bad has been debated from the time the waterway opened in 1869. The number of species invading the Mediterranean from the Red Sea now tops 400, scientists estimate. Some of these aliens have an unusual way of making the journey. At least 10 species of foraminifera hitch rides inside the guts of rabbitfish, which defecate out the still-living protists in the Mediterranean. The rabbitfish devour algal forests and the tiny interlopers carpet the seafloor, driving out some native species. In 2015, the Egyptian government widened part of the canal, allowing for more ship traffic — and unwanted invaders.