Some people speak several languages — lots of people, actually. But imagine understanding 15 or 30. That’s rare company, and Erard finds such people irresistible. He explores the world of “hyperpolyglots,” superlearners who test the upper limits of language abilities. 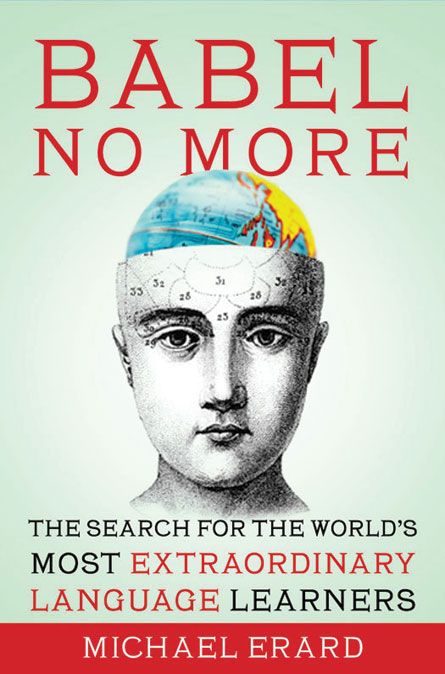 The book covers a lot of territory: hypotheses about how specific brain developments might contribute to making a hyperpolyglot, communities where it is common to speak three to five languages, language learning in youth and a brief history of India’s hundreds of languages.

But the real payoff comes from anecdotes of lingual feats. Erard starts with Cardinal Mezzofanti, a 19th century Italian who spoke dozens of languages—some say 30 proficiently—and who could become conversational in any language on two weeks’ notice.

Erard tracks down an 89-year-old hyperpolyglot in Sweden who attributes it all to a photographic memory. But before their correspondence can progress, the old man dies. Erard then finds a middle-aged hyperpolyglot in California who is studying close to 60 languages and has “real reading knowledge” in 20. But he’s never spoken most of them.

These and other superlearners form a small fraternity, mostly men, and there is no clear path to joining it. Some hyperpolyglots use flash cards, others just work hard. Some concentrate on the hardest parts — the verbs in Arabic or prefixes in Swahili. Even then learning one new language can block out another.

But feel free to ignore rules, said Lomb Kató, a Hungarian who died in 2003 with at least 17 languages under her belt. “One learns grammar from language, not language from grammar,” she said. Erard quips, “One can almost hear the thousands of language teachers gnashing their teeth in Hungary’s direction.”