Quantum physics has earned a reputation as a realm of science beyond human comprehension. It describes a microworld of perplexing, paradoxical phenomena. Its equations imply a multiplicity of possible realities; an observation seems to select one of those possibilities for accessibility to human perception. The rest either disappear, remain hidden or weren’t really there to begin with. Which of those explanations pertains is debated by competing interpretations of the quantum math, pursued in a field of study known as quantum foundations.

Numerous quantum interpretations have been proposed — and an even greater number of books have been written about them. Two of the latest such books offer very different perspectives.

Philip Ball, in Beyond Weird, argues that much of the famous quantum weirdness lies in the popular descriptions of it, rather than in the math itself. Adam Becker’s What is Real? insists that the traditional “Copenhagen interpretation” is misguided; he extols the work of several physicists who reject it. Becker writes with exuberance and self-assuredness, often focusing on the personal stories of the scientists he discusses. Ball’s approach is less personal but more conversational, although he does not try to evade the sticky technicalities that illustrate and partially explain the quantum mysteries. 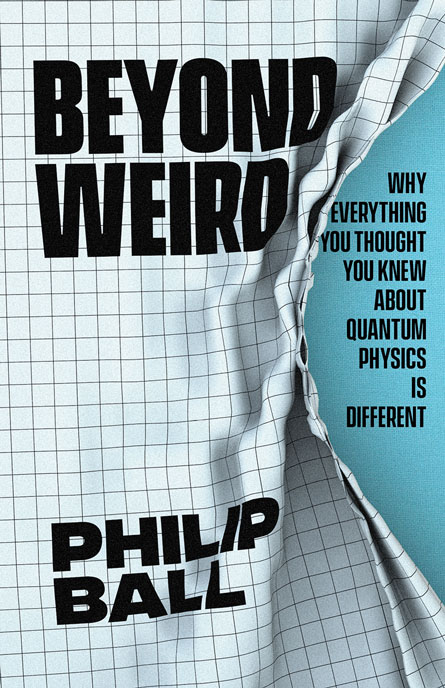 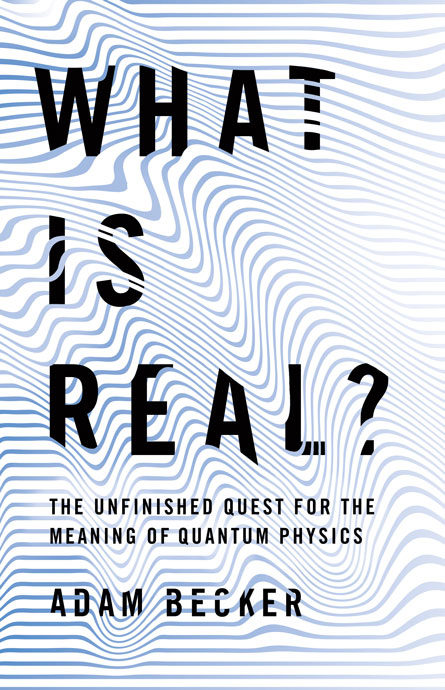 Ball contends that many of the analogies and illustrations used by popularizers (and physicists) to convey the weirdness of quantum theory (like a particle being in two places at once) are actually misleading. With less flamboyant phrasing, in Ball’s view, quantum physics can seem less perplexing, even almost understandable.

Without fully endorsing it, Ball gives a fairly sound presentation of the Copenhagen interpretation, based on the ideas of the Danish physicist Niels Bohr. Bohr held that quantum reality cannot be described apart from the experiments designed to probe it. A particle has many possible locations before you experimentally observe it; once observed, the location is established and the other possibilities vanish. And an electron will seem to behave as a particle or wave, depending on what sort of experimental apparatus you use to observe it.

Bohr expressed these truths by a principle he called complementarity — mutually exclusive concepts (such as wave or particle) are required to explain reality, but both concepts cannot be observed in any individual experiment. Bohr’s elaborations on this idea are famously convoluted and expressed rather obscurely. (When asked what is complementary to truth, Bohr replied, “clarity.”)

Becker’s book commits many other more specific errors. He says Heisenberg found his famous uncertainty principle “buried in the mathematics of [Erwin] Schrödinger’s wave mechanics.” But Heisenberg despised wave mechanics and did his work on uncertainty wholly within his own matrix mechanics. Becker claims that physicists Murray Gell-Mann and James Hartle “had long been convinced that the Copenhagen interpretation had to be wrong.” But Gell-Mann and Hartle are on record stating that the Copenhagen view is not wrong, merely limited to special cases and not general enough to tell the whole quantum story.

Becker’s book does offer engaging discussions of the physicists who have questioned Bohr’s ideas and proposed alternate ways of interpreting quantum physics. But he allows the opponents to frame Bohr’s position rather than devoting any effort of his own to examining the subtlety and depth of Bohr’s philosophy and arguments. And Becker fails to address the important point that every quantum experiment’s results, no matter how bizarre, are precisely what Bohr would have expected them to be.

Becker does not engage deeply with the more recent body of work on quantum foundations, an area where Ball excels. Ball especially favors the perspective on quantum physics offered by the notion of quantum decoherence. Very roughly, the decoherence process dissipates various possible quantum realities into the environment, and only those versions of reality that are robustly recorded in the environment present themselves to observers. It’s of course much more complicated than that, and Ball admirably conveys those complications even at the occasional expense of clarity. Which puts his account closer to the truth.

Buy Beyond Weird or What is Real? from Amazon.com. Science News is a participant in the Amazon Services LLC Associates Program. Please see our FAQ for more details.