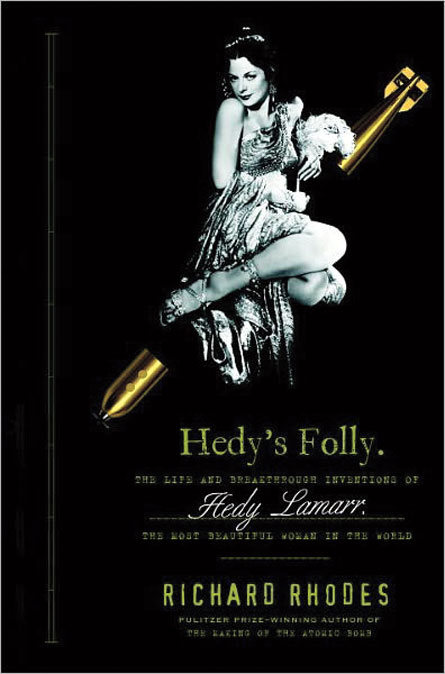 Rhodes proves adept at elucidating the science behind this invention and the subsequent development of spread-spectrum systems (which today enable the use of cell phones and Wi-Fi), but his particular genius lies in placing the invention within a tumultuous historical moment. Antheil brushes shoulders with artistic luminaries such as Igor Stravinsky and James Joyce, while Hedy and her first husband, an oppressive munitions maker who basically imprisons her in their mansion, entertain Benito Mussolini and German weapons engineers at the dinner table.

With crisp, unadorned prose and plentiful quotes from primary sources, Rhodes paints a compelling history. Lamarr escapes her husband and flees to Hollywood, where she finds enormous success while inventing in her spare time (a habit she picked up from her father). Antheil’s musical innovations with player pianos, while unconventional, give him the technical skill to implement Lamarr’s plan for wirelessly synchronizing torpedoes with ships.

In the end, Rhodes’ latest book proves a riveting narrative, propelled by the ambition and idiosyncrasies of the inventors at its core.