At least one in three people are introverts, and this book may prove a revelation for them and everyone who lives, works or interacts with them. Quiet cites a wealth of new and ongoing research about this psychological trait: who is an introvert, how these introspective souls got that way, and why they can be ideally suited to become scientists, engineers, journalists, therapists and money managers. 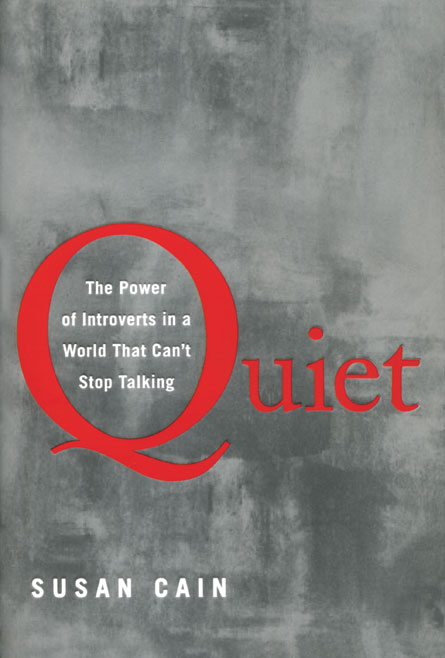 Cain, an admitted introvert, highlights often-overlooked positive characteristics of quiet people. These include a propensity for listening carefully, for focusing deeply on problems, and for identifying details, subtle trends and hidden subtexts.

Extroverts also have their strengths, and Cain argues forcefully that society benefits from having a strong mix of both personality types. But over the last century, Western cultures have gone from prizing self-effacing analytical introverts to valuing bold extroverts. Cain chronicles the emergence of the Dale Carnegies and others who have (for a fee) offered to teach shy people to exude charisma and self-assurance.

The problem with this, Cain reports from extensive interviews with introverts, academic psychologists and therapists: Introversion has no cure.

Some introverts cope by assuming an alter ego. Cain cites one popular speaker — a Harvard psychologist — who convinced the lecture circuit that he reveled in public speaking when in fact he was a reluctant orator who retreated to private quarters as soon as he finished his spiel.

Acting out such roles can be exhausting and requires quiet time afterward to recuperate. But using such techniques can allow even extreme introverts not only to take on, but even to thrive at social activities, from the playground to the courtroom and stage. — Janet Raloff