A modern list of most-hated viruses might include ones that have triggered recent pandemics: HIV, or the lethal H1N1 swine flu. Wasik and Murphy are here to say such a list shows people today have far too short a memory. 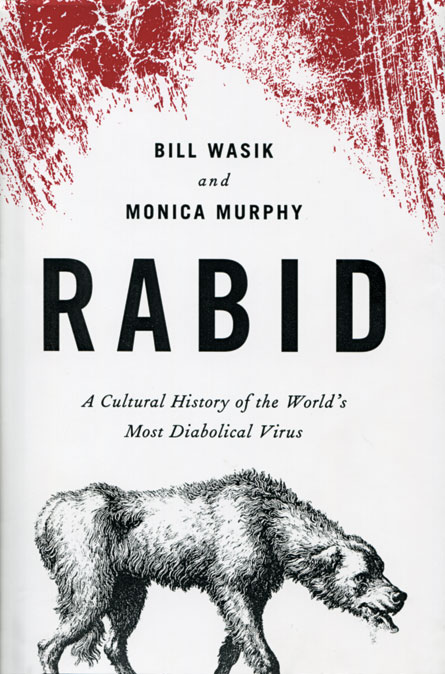 Historically, no other virus can hold a candle to the cultural and medical terror of rabies, this husband-and-wife team argues. And it’s hard to disagree with the litany of horrors they roll out in their blood-flecked history: the infections, the symptoms, the deaths.

Wasik and Murphy don’t go into the science of rabies in depth. But they excel at chronicling the bizarre, especially when it comes to rabid links with man’s best friend. One blue-blooded lady, they report, contracted rabies and died after her infected lapdog licked her on the chin. Pliny the Elder thought a maggot from any dead canine, inserted into a wound, would cure the disease. A 19th century quack doctor suggested that dogs spontaneously generated rabies if they didn’t have enough sex — a concept that took off in 1830s England and seriously set back attempts to develop modern treatments.

Not until the 1880s did Louis Pasteur’s research team develop a vaccine that lifted what had been a death sentence for anyone infected. Today, more than 55,000 people still die from rabies each year, most in Africa and Asia, but the disease holds far less sway over popular and medical imaginations.

Still, the authors close their book with a well-timed reminder that deadly viruses can pop up among unsuspecting populations. On Bali, an island once deemed rabies-free, a single infected dog brought by a sailor in 2008 triggered a regional epidemic that the government struggled to control.

HIV, swine flu, rabies: Killers all that won’t go away.