What does it mean to be wild, and can humans restore wildness to a planet they’ve spent their history trying to tame? Marris hauls out a wheelbarrow-load of research indicating that humans have altered nearly every inch of the terrestrial landscape at one time or another (even ignoring the global transport of air pollutants and perturbation of the climate). So any claim that a place is “pristine,” she argues, requires substantial caveats. But Marris makes a strong case that this doesn’t mean there aren’t ecosystems worth saving, or at least tweaking. 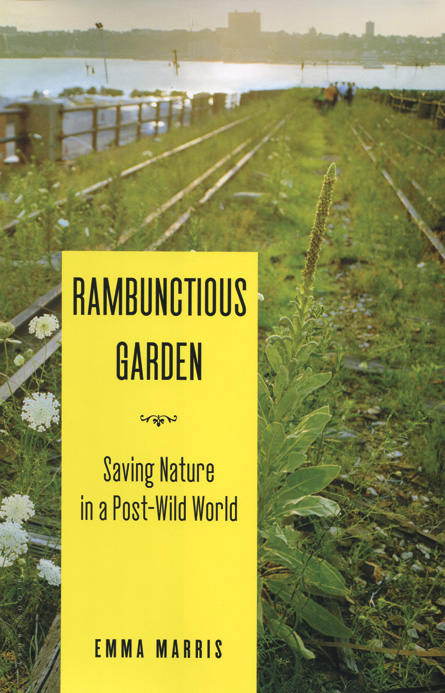 Marris recounts efforts under way across the globe to “rewild” various sites to conditions that existed a century — if not 10 millennia — ago. Such projects invariably require compromises. Once-keystone species may no longer walk or slither across the planet. Budgets may not stretch to do more than a partial job. Unurbanized spaces may be too small to support big carnivores.

If no place is pristine, determining what should be restored ultimately becomes a judgment call. So does determining the benchmarks biologists might use to measure success.

None of these constraints argue for throwing in the towel, or trowel, Marris says. She points to regions where allowing small areas along roads or farms to go untended has brought back species that people had assumed were gone for good. She invites readers to turn the idea of what constitutes smart gardening on its head. One example: Tiny patches of the urban landscape — like yards — could be encouraged (with a little help) to evolve into novel, yet sustainable, marriages of native and not-so-native species.