Earth’s history is a saga of change. The planet has evolved ever since it and its solar system companions coalesced from a massive interstellar cloud of gas and icy dust. What was once a barren lava planet is now a teeming orb where life occupies nearly every conceivable niche on and near its surface. 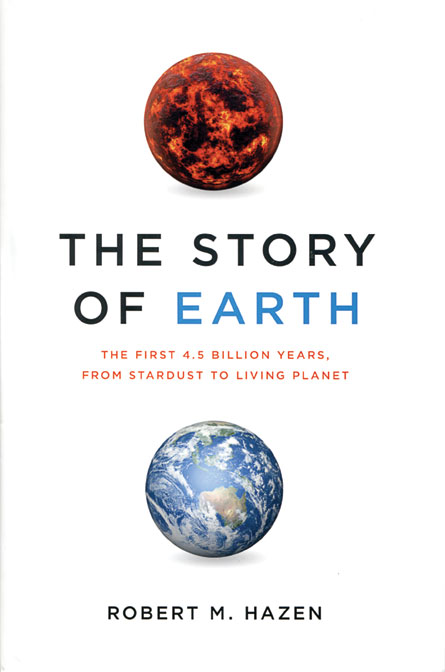 Cramming billions of years of geological evolution into a single book is a daunting challenge, but it’s one that Hazen, a geophysicist, has risen to splendidly. He chronicles the major events and eras in Earth’s history, from “The Big Thwack” (a collision with another planet thought to have formed the moon) to the greening of Earth’s landscape as life emerged from shallow waters worldwide.

And, Hazen says, the “Boring Billion,” an interval from 1.85 billion to 850 million years ago that many scientists have viewed as uneventful in terms of biological or geological evolution, probably wasn’t so boring after all. Recent research suggests that supercontinents came together and cracked apart at least twice during this lengthy period.

After thoroughly reviewing Earth’s past, Hazen peers into the planet’s future. He looks ahead to near-term warming triggered by greenhouse gases and to the desertification of the planet billions of years in the future as the sun brightens and oceans boil away. In the meantime, continents will continue to shift, and microscopic life will scarcely miss a beat. For eons to come — and with or without humans, Hazen notes — Earth will be a living planet of blue oceans, green lands and swirling white clouds.