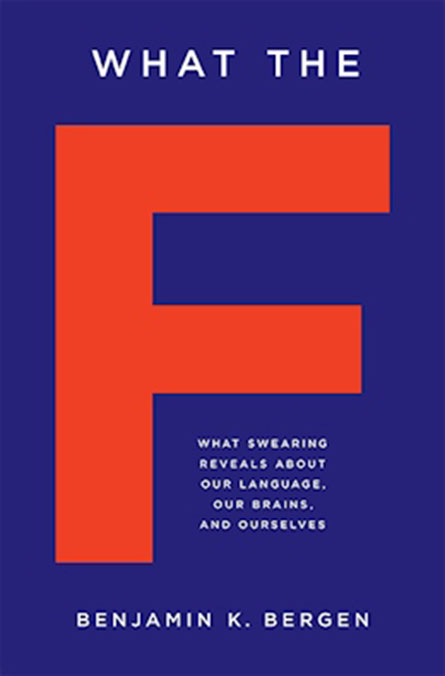 Few of the expletives discussed in cognitive scientist Benjamin Bergen’s new book can be spelled out in this review. But Bergen argues, in a bluntly engaging way, that the largely secret science of swearing reveals much about who we are.

Based on surveys of what people in several Western nations regard as unacceptable, the author divides profanity into four categories: praying (using names of religious figures and religious words, such as holy and damn, in secular ways), fornicating (the F-word and other terms for the sex act and genitals), excreting (everything related to bodily functions, from feces to vomit) and slurring (offensive words for groups based on ethnicity, religion, sexual orientation and so on).

Taboo words not only sound obscene, they have an obscene feel when spoken. A big part of that effect stems from the fact that the words are short and usually start and end with consonants, not softer-sounding vowels, Bergen says. In a study Bergen conducted, participants rated the made-up word “skoom” as more profane than “skoo.”

Profanity often plays by its own grammatical rules, the author explains. If every sentence has to have a subject, for instance, then just try to find the subject of that all-purpose epithet “F-you.” Perhaps different grammar variants exist for particular purposes, including swearing, he speculates.

Bergen concludes by critiquing studies that have allegedly shown that the more children hear profanity, the more aggressive and potty-mouthed they become. Children are more resilient to profanity than they’re often given credit for, he says. Hearing a parent mutter a swear word falls far short of the reported harm to young children caused by exposure to violent images or verbal abuse, the author contends.

Slurs are an exception, Bergen writes. In experiments, people who overhear profane words for African-Americans or gay people tend to regard members of those groups as less human and keep their distance from them. Children who were called antigay slurs by middle-school peers also report high levels of anxiety and depression.

Banning slurs would only increase their power to hurt and offend, Bergen predicts. For that reason, adults should resist knee-jerk impulses to suppress any mention of words deemed especially vile. Instead, he advises, focus on addressing people with words they prefer and judging others more by their actions and intentions than their word choices.

Some prospective readers may avoid this book because of its subject matter. That would be a gosh-darned shame.

Buy What the F from Amazon.com. Sales generated through the links to Amazon.com contribute to Society for Science & the Public’s programs.