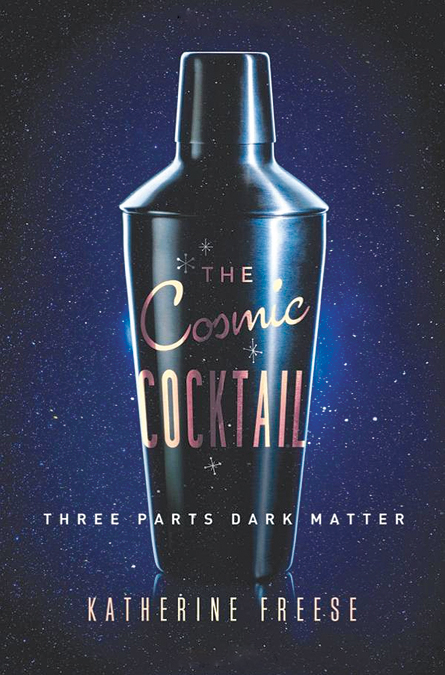 If the components of the universe were poured into a “cosmic cocktail,” scientists could easily predict how the drink would look and taste, yet they would have no idea what’s in it. Such is the state of cosmology today: While scientists can confidently explain the universe’s history and structure, the identities of its primary components — dark matter and dark energy — remain a mystery. In her first book, Freese, a theoretical physicist at the University of Michigan, chronicles scientists’ attempts, including her own, to discover what the universe is made of.

Freese is not the first scientist to delve into the mysteries of cosmology with a popular science book, but she seems to have the most fun doing it. It’s as if she’s sitting at a bar describing the cool stuff she studies every day.

The author hits her stride in the two chapters dedicated to the cocktail ingredient she’s spent nearly her whole career studying: dark matter, the invisible stuff that outweighs regular atoms in the universe by more than 5 to 1. She deftly explains why physicists are hunting for weakly interacting massive particles, or WIMPs, rather than massive compact halo objects, or MACHOs (a true physics underdog story). Then she describes the recent flurry of tantalizing, often contradictory results of experiments designed to detect dark matter.

Interspersed with explanations chock-full of historical figures, numbers and acronyms are valuable insights into the human side of science. She describes “dark matter wars” between rivals, including researchers with an Italian experiment called DAMA who insist they’ve unequivocally detected dark matter particles yet won’t share their data or detector technology. Freese’s personal anecdotes also reveal the perks of a career in the sciences and the challenges of working in a male-dominated field.

The future is bright for solving the mystery of dark matter, Freese concludes. The sensitivity of underground sensors designed to catch dark matter particles improves by a factor of 10 every two or three years, and scientists are dreaming up clever experiments including detectors made of DNA (SN: 12/1/12, p. 9). Within the next decade, Freese says, we should know the identity of one crucial ingredient of the tasty but mystifying cosmic cocktail.