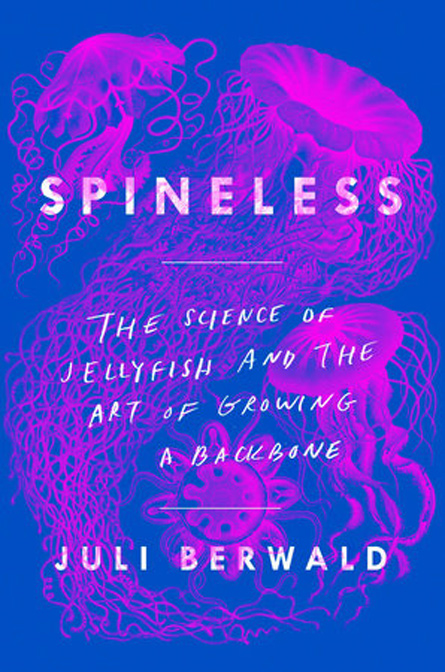 Jellyfish have gotten a bad rap. In recent years, concerns about rising jellyfish populations in some parts of the world have mushroomed into headlines like “Meet your new jellyfish overlords.” These floating menaces are taking over the world’s oceans thanks to climate change and ocean acidification, the thinking goes, and soon waters will be filled with little more than the animals’ pulsating goo.

It’s a vivid and frightening image, but researchers aren’t at all certain that it’s true. In her new book, Spineless, former marine scientist Juli Berwald sets out to find the truth about the jellyfish take-over. In the process, she shares much more about these fascinating creatures than merely their numbers.

Among a few of the amazing jellyfish facts and tales throughout the book: Jellyfish have astoundingly complex vision for animals without a brain. They are also the most efficient swimmers ever studied, among the most ancient animals surviving on Earth today and some of the most toxic sea creatures (SN: 9/6/14, p. 16).

Rather than merely reciting these facts, Berwald takes readers on a personal journey, tracing how life pulled her away from science after she earned her Ph.D. — and how jellies brought her back. Through the tale of her experiments with a home jellyfish aquarium, she explains jelly biology, from the amazing shape-shifting properties of the mesoglea that forms a jellyfish’s bulk to why so many species are transparent. As she juggles family life with interviews with the world’s leading jellyfish researchers, Berwald also documents her travels to places around the globe where jellyfish and humans intersect, such as Israel’s coral reefs and Japan’s fisheries.

The answer to the question of whether jellyfish populations are on the rise ultimately lies at this intersection, Berwald finds. Marine scientists are split on whether populations are increasing globally. It depends on which data you include, and it’s possible that jellyfish numbers fluctuate naturally on a 20-year cycle. What is clear is that in coastal areas around the world, people have unwittingly created spawning grounds for huge numbers of jellyfish simply by building docks and other structures that quickly multiplying jellyfish polyps can attach to.

In the end, Berwald says, jellyfish became a “vehicle for me to explore the threats to the ocean’s future. They’re a way to start a conversation about things that can seem boring and abstract — acidification, warming, overfishing and coastal development — but that are changing our oceans in fundamental ways.” And that’s more interesting than an ocean full of goo.

Buy Spineless from Amazon.com. Science News is a participant in the Amazon Services LLC Associates Program. Please see our FAQ for more details.