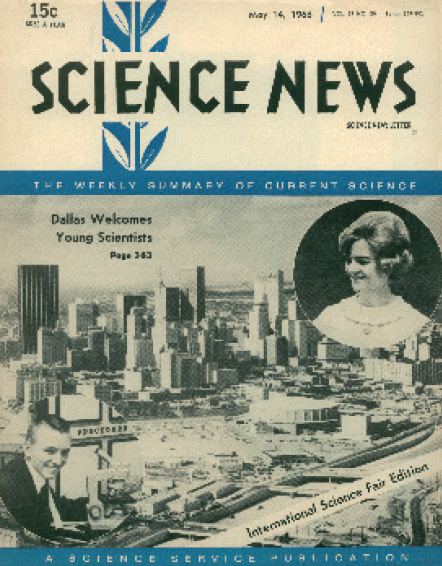 Danger in ‘swimming hole’  — As warm weather approaches, the old swimming hole will again beckon boys and girls in farm areas. But disease germs lurk in waters exposed to cattle and other animals…. One “swimming hole disease” called leptospirosis is caused by water-borne Leptospira pomona…. Warm summer temperatures are ideal for maintaining leptospiral organisms in water, and heavy rains may transport the organisms downstream.  — Science News, May 14, 1966

An estimated 100 to 200 people get leptospirosis annually in the United States. The disease, which can cause fever, headache and vomiting, is most common in tropical and rural regions worldwide. Summertime swimming is also haunted by another single-celled terror that thrives in warm freshwater: the so-called “brain-eating” amoeba, Naegleria fowleri. The amoeba caused 35 reported infections in the United States from 2005 to 2014. If N. fowleri enters a person’s nose, it can travel to the brain, where swelling triggered by the immune system kills most victims (SN: 8/22/15, p. 14).