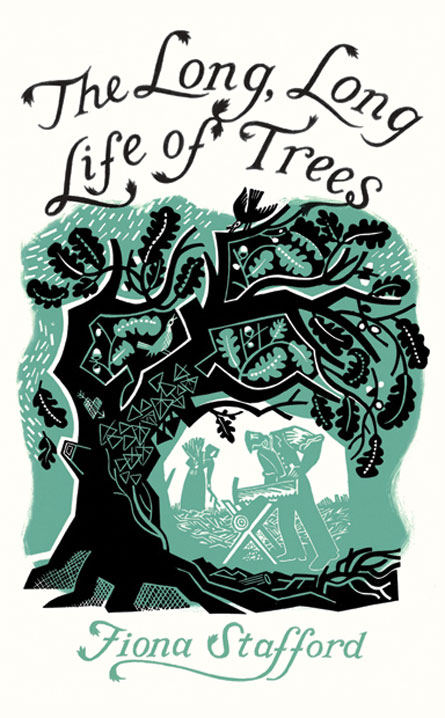 Trees do much more than slurp carbon dioxide out of the atmosphere and release life-sustaining oxygen: They provide fruit, nuts and other foods, as well as the raw materials for everything from fence posts to pharmaceuticals. And they’ve inspired poets and mythmakers, among many others. Buddha found enlightenment under a tree; so did Isaac Newton.

In The Long, Long Life of Trees, Fiona Stafford — an author, radio host and University of Oxford literature professor — explores the science and symbology of 17 common trees. Her list includes familiar species, such as apple and oak, as well as lesser-known trees, such as hawthorn and horse chestnut.

The book is chock-full of fascinating scientific and historical tidbits. For example, thin rods made of birch are flexible individually but strong when strapped together in a bundle, or fasces. Political parties from the Roman era to the fascists of the mid-20th century adopted this emblem of strength in unity.

The strength and durability of wood from the elm made it the perfect rot-resistant material for ship paddlewheels, coffins and even water pipes, Stafford notes. Too bad Dutch elm disease, caused by a fungus that blocks water circulation within the trunk, ravaged these trees in parts of Europe and North America during the last century. Elms once offered shade in parks and village greens throughout the United Kingdom, for instance, but now survive only in scattered and isolated locales.

The book’s title refers not only to the longevity of individual trees — some of the oldest yews in England were alive when Stonehenge and the pyramids at Giza were built — but also to the long history of trees on Earth. One species on Stafford’s list, the holly, has been around about 100 million years (the earliest known trees evolved hundreds of millions of years before that). Long before grasses appeared on the scene, trees were providing food for dinosaurs and the raw materials for future coal mines.

An engaging book from cover to cover, The Long, Long Life of Trees is a wonderful walk through the woods.

Buy The Long, Long Life of Trees from Amazon.com. Sales generated through the links to Amazon.com contribute to Society for Science & the Public’s programs.