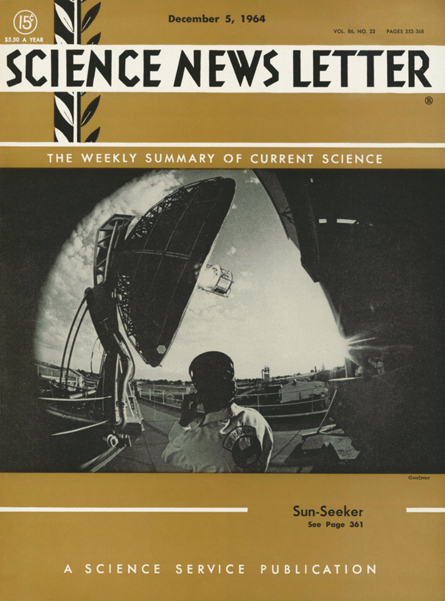 Magnetism locates ruins — Archaeologists are mapping a 2,500-year-old Greek settlement that man may never see…. A group of scientists have located what is believed to be either the seaport of the half-legendary city of Sybaris, or Sybaris itself.… The ruins are covered by earth and lie 15 feet below the level of water in the ground.… However, the exploring instrument, a rubidium magnetometer, clearly defines their shape, size and location, enabling the archaeologists to map the ruins without physically having seen them. — Science News Letter, December 5, 1964