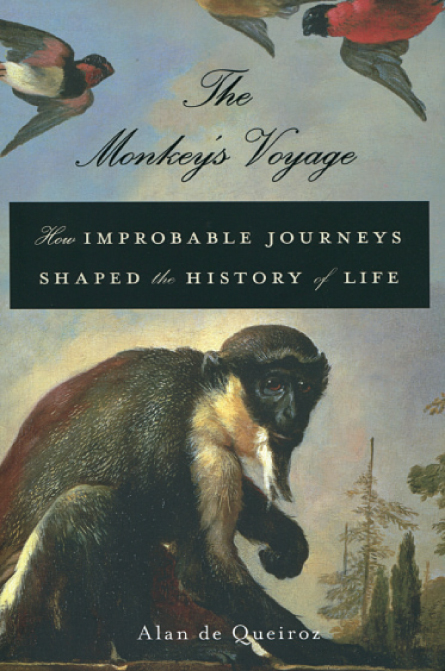 By 26 million years ago, the ancestors of today’s New World monkeys had arrived in South America. How those primates reached the continent is something of a conundrum. The leading explanation has the animals floating across the Atlantic Ocean from Africa aboard a giant raft of vegetation.

The scenario may sound preposterous. But de Queiroz, an evolutionary biologist, uses fossil, genetic and geologic evidence to make a compelling case that a variety of plants and animals have dispersed on long-distance ocean voyages throughout evolutionary history.

The idea is not new: Charles Darwin and Alfred Russel Wallace were convinced that ocean voyages played a role in evolution. But by the mid-20th century, when geologists had verified plate tectonics and realized that continents are not stationary, the theory fell out of favor. Many biologists thought that sea level changes and continental breakups better explain how closely related organisms can end up on opposite sides of an ocean. Proponents of the vicariance hypothesis, in which a barrier divides a species’ range, were dogmatic — they “seemed a bit like an unruly cult,” de Queiroz writes — and ridiculed those who thought creatures could sail on the high seas and survive.

But in example after example — from amphibians to flightless birds — de Queiroz challenges the vicariance camp’s dogma. Over the last several decades, evidence of ocean journeys has piled up. For instance, the fossil record and genetic analyses that estimate when lineages diverged indicate that New World monkeys split from Old World monkeys and apes at least 50 million years after South America and Africa broke apart. That leaves a transatlantic trip as the only reasonable way primates could have migrated to the New World.

Although de Queiroz is unlikely to persuade staunch vicariance advocates, The Monkey’s Voyage is a captivating look at one of biogeography’s most puzzling problems, with just the right balance between science and scientific drama.