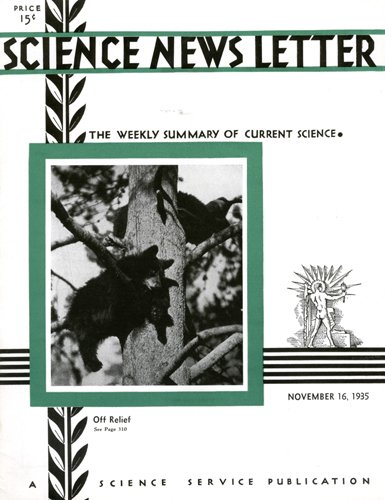 Bears in Yellowstone and other northern national parks are going into winter quarters. They are fat, lazy, good-natured, for they are at the end of another summer of high feeding, and they have thoroughly padded their ribs with the layers of fuel-food that will be needed to keep their low-banked fires of life smoldering while they sleep the long weeks away. “As fat as a bear” is a wholly accurate folk-simile, in the late autumn.

But 5 months or so hence, when they will be coming out of their dens, the simile will have to change. Then, it will be “as hungry as a bear,” and “as cross as a bear,” too. The national park bruins will come out with bunkers empty, ribs lean, stomachs hollow, and fairly yelling for food. Bears are pleasant-enough fellows in the autumn, not quite so nice in the spring.

The national park bears will not find their spring breakfasts as easy to get in the future as they and their ancestors for several generations have in the past. For Uncle Sam is taking them off relief, depriving them of their dole of assorted garbage that they have come to take for granted as part of their natural and inalienable rights. Zoologists of the National Park Service are insisting that the bears, for their own good and for the ultimate better entertainment and instruction of the traveling public, become rugged individualists.

The long-sought method of applying a noncorrosive coating of aluminum to steel and other ferrous materials appears to have been solved on a commercial scale by Prof. Colin G. Fink, electrochemist of Columbia University.

The new aluminum plate offers advances in such diversified fields as the packaging of foods in cans, building construction, the theater, railroading, and the fabrication of electric toasters and heaters.

Prof. Fink, while holding many basic patents in the field of electrochemistry, is perhaps best known for his process of chromium plating, on which many million dollars have been spent in developing work to bring it to its present state of perfection.

As described in recently issued British patents, Prof. Fink’s aluminum-plating process for steel or iron consists of inserting the properly pretreated metal into a bath of molten aluminum. Past troubles with coating iron wire or plate with aluminum, explains Prof. Fink’s patent, arose in part from the presence of the high surface tension film of aluminum oxide on the top of the molten aluminum metal. The oxide would prevent the aluminum metal from coating the steel or iron surface. By special heat treatment of the steel, this difficulty has finally been overcome.

EINSTEIN’S RELATIVITY THEORY TO BE TESTED IN SUN’S ECLIPSE

The next eclipse of the sun will find Prof. Albert Einstein’s theory of relativity again being tested to see whether it or its new challenger—the theory of Sir Shah Sulaiman, Indian judge and mathematician—better predicts the bending of starlight grazing the sun’s surface.

It is part of the latest phase of the scientific controversy over the new relativity theory of Sir Shah, who while chief justice of the High Court at Allahabad, India, is also an Oxford-educated mathematician.