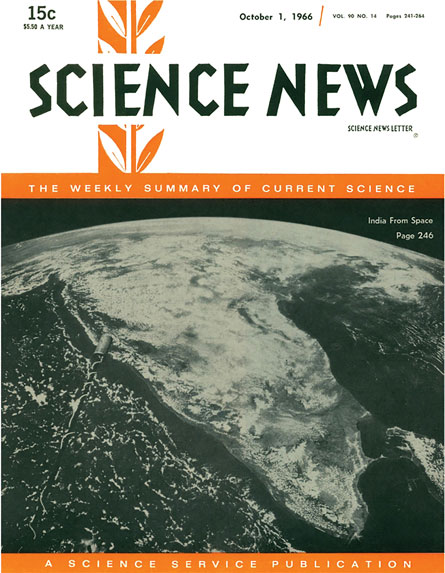 New method to measure mass in space devised — A scale for measuring weight in space that does not depend upon the attraction of gravity has been devised…. In [William Thornton’s] method, the weight of the mass is determined [by] mechanically oscillating a weight in a tray. The heavier the mass, the slower the oscillation rate. The scale is tied to an electronic unit measuring the time required for five cycles of oscillation. A reference to a chart gives the mass’s weight. — Science News, October 1, 1966

Not much has changed. The International Space Station has two spring-based contraptions for weighing in astronauts. An individual rides the Body Mass Measurement Device like a pogo stick — in four or five bounces, it calculates weight. The Space Linear Acceleration Mass Measurement Device uses springs to pull an astronaut; the acceleration reveals weight. In 2012, researchers in Europe experimented with compact computer imaging technology — developed for video games — using photos to estimate mass based on a person’s shape and size.