EFFECT OF WEIGHTLESSNESS — Astronaut John H. Glenn Jr.’s experience in weightlessness during his coming orbital flight will not be long enough to cause him any undue stress such as that suffered by Cosmonaut Titov, a U.S. Air Force expert reported. “Experiments by the Russians with animals and men as well as our own experiments indicate that man can pretty well tolerate, with little, if any discomfort, a period of four to five hours in a weightless or zero-g environment,” Col. John Paul Stapp, U.S. Air Force School of Aviation Medicine, Brooks Air Force Base, Texas, and internationally known authority on zero-g research, told SCIENCE SERVICE. Glenn’s scheduled three whirls around the earth will take about four and a half hours. 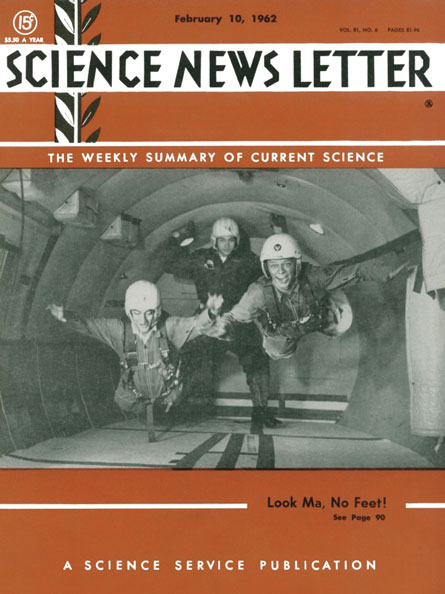