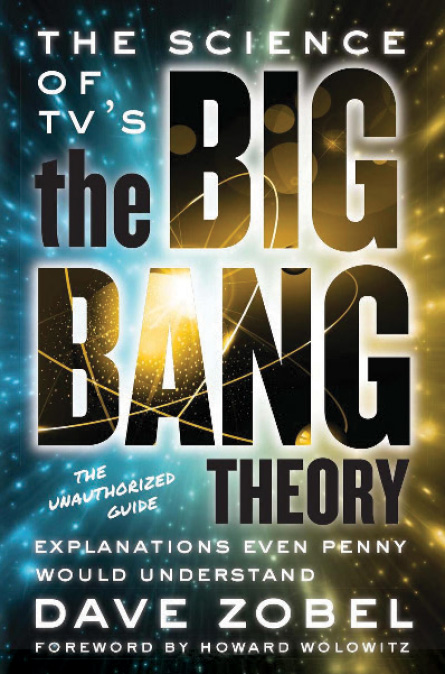 Some of the show’s main characters, five scientists and an engineer, are known for spouting dialogue brimming with technical jargon. As Zobel points out, Sheldon, Leonard and the gang sometimes bungle the science a bit. But for the most part, the characters seem to know what they’re talking about. Zobel mines the show’s scripts for science references and then plunges readers into the nuts and bolts of everything from particle physics to potato electricity.

The result is like a mash-up of a megafan’s guide to The Big Bang Theory and David Macauley’s classic science and technology book, The Way Things Work. Zobel, a graduate of Caltech (where some of the characters work), has previously written about science for middle school students, and it shows. He romps through playful material (how to make a lasagna battery, and why Mentos can turn a bottle of Diet Coke into a soda geyser), and he’s got a knack for nailing tough topics with clever metaphors.

To explain the observer effect — why it’s impossible to spy on an electron, for example, without changing its position or momentum — Zobel suggests trying to find a moth in a dark room by waving a broom around. The moment you smack the moth, he writes, “you’ll send it sprawling… and then you can’t say where it is, only where it was.”

Zobel begins each chapter with snippets of dialog from the show. It’s a cute idea, but sometimes the thread linking The Big Bang Theory to chapter topics wears a little thin. (In one chapter, he uses a character’s mention of a Nintendo 64 game console to launch into the history of data storage.)

And at times, bouncing between elementary and advanced subjects can be dizzying. But throughout the book, Zobel gives readers chances to rest. Chapters include sidebars on famous Caltech alumni; these mini biographies give the book heart as well as brains.

Even strangers to the show might enjoy the frequently funny read. But Zobel’s book, which sometimes teeters on the edge of schoolish, could be best in short doses — kind of like Sheldon himself. Bazinga!

Buy The Science of TV’s the Big Bang Theory from Amazon.com. Sales generated through the links to Amazon.com contribute to Society for Science & the Public’s programs.