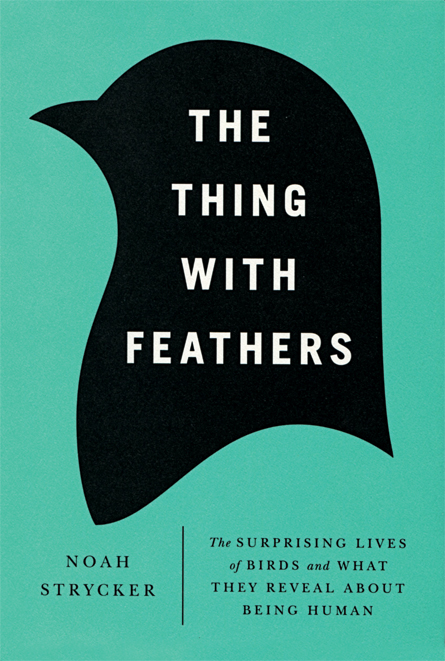 Bird nerds get an unfair rap as socially awkward. But in his second book, the affable author, Noah Strycker, all but lassos readers with his binocular strap to bring people nose to beak with the plumed creatures he knows so well.

An ornithologist and editor at Birding magazine, Strycker has a knack for describing random avian encounters: “The first time I walked through the Adélie penguin colony at Cape Crozier, Antarctica, I quickly learned to step carefully.” He makes tracking his feathered friends seem anything but tedious, whether he’s haplessly (and happily) frozen in place as penguins untie his shoelaces, stopping two hummingbirds from killing each other in a Costa Rican jungle or stumbling upon a bowerbird’s “artwork” in the Australian outback.

These adventures animate most of the chapters as he homes in on the striking attributes of various species, 13 in all. You could draw whole flocks of listeners by reciting his weird-but-true bird quirks and factoids. (Did you know that vultures’ stomachs can neutralize anthrax spores?)

Strycker then links these findings to human behavior. In several cases, he pulls this off with aplomb, as when he deftly draws on social science, physics, video games, social media and Serena Williams to explain how murmurations (starling flocks) can fly in formation without careening into each other and how this applies to humans performing collective movements.

Sometimes his attempts to demonstrate how the bird world applies to people’s lives result in anthropomorphic flights of fancy. A chapter on the phenomenon of snowy owl irruptions (excursions outside the birds’ usual range) starts off strong, but peters out with the almost rhetorical “Do snowy owls have a wanderlust gene?” a question that neither he nor other scientists can truly answer. The writing becomes wobbly, peppered with qualifiers — “might,” “seem,” “probably” — making the reader wish Strycker had stayed in his comfort zone of observing fairy wrens and buzzard’s nostrils as in the rest of this otherwise edifying and entertaining book.