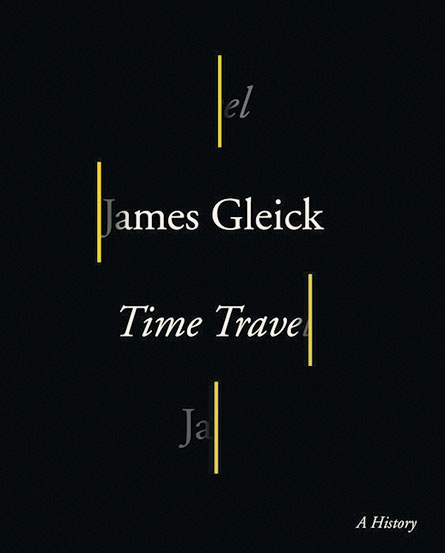 It’s kind of daring to write a science book about something that — you must remind your readers — doesn’t exist. That’s James Gleick’s task in Time Travel, an engaging and entertaining look at science that will always remain fiction.

It’s lucidly written, a breeze to read and erudite in assessing a vast range of literary and popular media treatments of time travel as dream and desire. Gleick starts with, and often returns to, H.G. Wells’ The Time Machine, the book (and later films) that introduced the concept of time travel in its modern science fiction sense.

Much of Gleick’s account focuses more on time than travel, though — examining the mystery of time’s direction (SN: 7/10/15, p. 15) and the philosophy of time (as in, what is it?). One whole chapter discusses time capsules, which are not exactly as exciting as a TARDIS. But Gleick always turns back to time travel, if only to remind that it is fiction, not physics: “Time travel is a fantasy of the modern era.”

Before the 19th century, “time travel” rarely occurred to anybody, because time didn’t change things much. Activities in ancient and medieval times differed little from life in the 1700s. But then new technologies — steam engines, electricity, telephones among them — infused 19th century thinkers with visions of even more technological progress, and a future worth traveling to. Mark Twain’s A Connecticut Yankee in King Arthur’s Court was all about “the contrast of modern technology with the agrarian life that came before,” Gleick writes.

His tour of the time travel fictional corpus includes mentions of Looney Tunes and Elmer Fudd, Mr. Peabody’s WABAC machine and Arnold Schwarzenegger’s Terminator. In addition to thorough analysis of Wells’ Time Traveller, there are extended discussions of Robert Heinlein’s “By His Bootstraps,” Isaac Asimov’s The End of Eternity, and “Blink,” one of the most famous 21st century episodes of Doctor Who. At times, tidbits injected from films, novels and poetry seem too much, almost like a dictionary of famous time travel quotations, many quite lengthy. Sometimes you’d like to hear more from Gleick and less from everyone else.

It’s also a bit disappointing that Gleick only briefly discusses actual science. There is a vast scientific literature on time travel, including many proposals for how to do it, that Gleick mostly ignores. He does cite a well-known paper by physicist Kip Thorne and colleagues and offers a brief account of logician Kurt Gödel’s earlier work on time loops (possibly permitted by Einstein’s general relativity). And Gleick discusses Stephen Hawking’s “chronology protection conjecture” to emphasize once again that time travel really can’t happen.

Those who remember the rich depth of Gleick’s groundbreaking book Chaos and his insightful biography of Richard Feynman will find much less science here. But there is plenty of science fiction. And as Gleick points out, “the rules of time travel have been written not by scientists but by storytellers.”

Buy Time Travel from Amazon.com. Sales generated through the links to Amazon.com contribute to Society for Science & the Public’s programs.