A number of instruments now operating or proposed can troll the skies or otherwise help to answer some of the most puzzling questions about the universe.

Planck  A European Space Agency observatory launched in 2009, Planck is recording a more detailed picture of the cosmic microwave background, the relic radiation left over from the Big Bang, than its predecessors COBE and WMAP did. The mission is searching for primordial gravitational waves, which could provide a test for inflation theory, and looking for clues to the nature of dark matter and dark energy.

Fermi  Launched in 2008, the Fermi Gamma-ray Space Telescope has opened scientists’ eyes to astronomical objects that emit very high-energy radiation, including supermassive black holes and colliding neutron stars. Since its launch, Fermi has found evidence of antimatter above thunderstorms on Earth (SN: 12/5/09, p. 9) and captured unexpected changes in emissions from the Crab Nebula (SN: 1/1/11, p. 11). Fermi could offer clues to the identity of dark matter and to the birth of the universe.

WFIRST  The Wide-Field Infrared Survey Telescope, a proposed NASA observatory, would probe a wide swath of the sky with two main goals: to settle key questions about dark energy by mapping large-scale structures and to look for signs of extrasolar planets in the Milky Way’s central bulge.

LHC  By smashing protons together at high speeds, the Large Hadron Collider is re-creating energies present just after the Big Bang. In the spew of particles emitted (computer-generated image shown), scientists hope to spot signs of supersymmetry and find evidence for string theory — possibly pointing to a theory that unifies the forces of nature. The collider, in a 27-kilometer tunnel straddling the border of Switzerland and France, began regular operations in 2010 but has yet to operate at full energy. 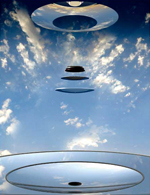 LSST  Proposed to sit atop Cerro Pachón in the Chilean Andes, the Large Synoptic Survey Telescope (mirrors and lenses depicted) will capture the entire visible sky twice each week, helping astronomers better understand the large-scale structure of the universe throughout its history. Knowing how stars, galaxies and galaxy clusters are distributed can offer insight into cosmic ingredients, including dark matter’s distribution and dark energy’s strength.

Dark Energy Survey  Atop another mountain in the Chilean Andes — Cerro Tololo — researchers are mounting a sensitive digital camera on an existing 4-meter telescope in an attempt to uncover the nature of dark energy. The camera will survey a large swath of the southern sky over five years to gather information about more than 300 million galaxies. An effort that includes scientists from 23 institutions, the survey is expected to see first light in fall.

Dark matter experiments  The XENON Dark Matter Project, operating underground at Gran Sasso National Laboratory in Italy, looks for signs of dark matter particles by recording scintillations in liquid xenon (detector shown above). The DAMA/LIBRA experiment, at the same lab, records seasonal variations in faint flashes of light from 25 sodium iodide detectors. And an experiment in a mine in northern Minnesota, the Cryogenic Dark Matter Search, tries to spot dark matter jostling germanium and silicon detectors. Though claims of detection have been made, dark matter’s identity remains unknown.

JWST  The James Webb Space Telescope will have a primary mirror 6.5 meters across and will orbit about 1.5 million kilometers from Earth. The observatory will probe how stars and galaxies first emerged and will look for Earthlike planets. Launch had been scheduled for 2014, but has been pushed back to no earlier than 2016 because of cost overruns (SN: 4/25/11, p. 22).

Euclid  Named for the father of geometry, the proposed Euclid spacecraft (two concepts shown) would measure dark matter distribution and try to understand the nature of dark energy by looking back 10 billion years, before dark energy began to dominate over matter in the universe.

IXO  Proposed by NASA, the European Space Agency and the Japan Aerospace Exploration Agency, the International X-ray Observatory would take in radiation emitted from neutron stars and from the vicinity of black holes. Searching in the X-ray regime would allow the observatory to peer through dust and gas clouds that might otherwise obscure its view. IXO may reveal how matter behaves in extreme conditions and help reveal the nature of dark matter and dark energy.

LISA  The Laser Interferometer Space Antenna, a proposed NASA-ESA mission, would actually be three identical spacecraft that form a triangle. By recording how the craft move in relation to each other, scientists hope LISA will detect gravitational waves. Background undulations left over from the early universe could offer clues to its origin and expansion history.