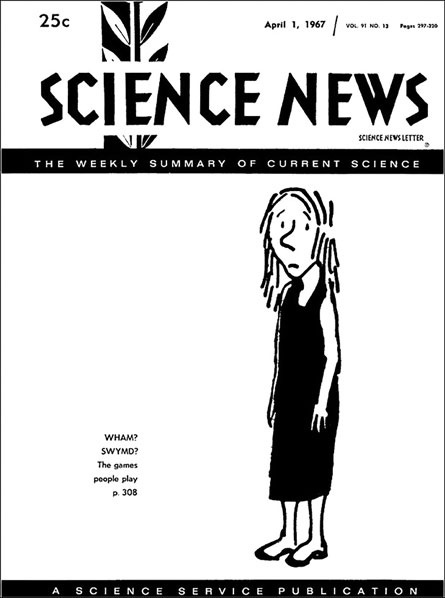 Two New York researchers have found the hallucinogenic drug will markedly increase the rate of abnormal change in chromosomes. [Scientists] tested LSD on cell cultures from the blood of two healthy individuals … [and] also found similar abnormal changes in the blood of a schizophrenic patient who had been treated with [LSD]. The cell cultures showed a two-fold increase in chromosomal breaks over the normal rate. — Science News, April 1, 1967

Psychedelic-era reports that LSD damages chromosomes got lots of press but fell apart within a few years. A review in Science in 1971 concluded that ingesting moderate doses of LSD caused no detectable genetic damage. Researchers are still trying to figure out the molecular workings of the drug. Recent evidence suggests that the substance gets trapped in a pocket of the receptor for serotonin, a key chemical messenger in the brain. Its prolonged stay may explain why LSD trips can last up to a day or more (SN: 3/4/17, p. 16).