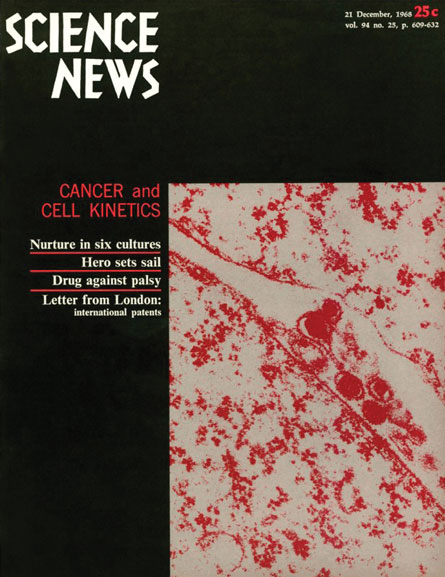 Apollo 8: Options on the way

Just two months after the end of the successful first manned Apollo flight … three astronauts are ready to fly this Saturday to within 70 miles of the lunar surface…. The Apollo 8 plan is for the astronauts to fly as many as 10 orbits around the moon before heading home.  — Science News, December 21, 1968

Apollo 8 launched on December 21, 1968, with astronauts Frank Borman, William Anders and James Lovell Jr. on board. After 10 revolutions around the moon — the first manned lunar orbits — the crew and spacecraft returned safely to Earth six days later, on December 27. And seven months later, Apollo 11 astronauts landed on the lunar surface.

Humans haven’t been back to the moon since 1972, but that may change soon. President Donald Trump instructed NASA in December 2017 to focus on returning astronauts to the moon, and the agency now plans to build a space station in lunar orbit.

This outpost, to be launched in several pieces and assembled in space, would send robots, and eventually astronauts, to the moon’s surface. The first piece of the station is slated to launch in 2022. Meanwhile, China is expected to explore the farside of the moon (SN: 11/24/18, p. 14).