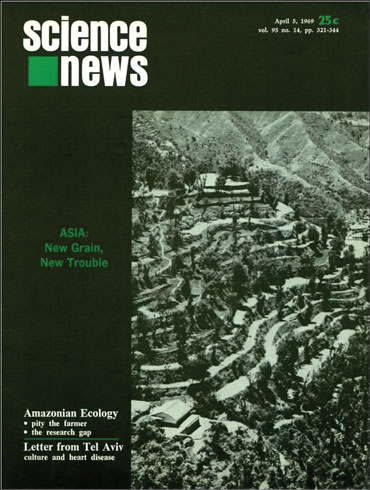 The physician as addict —

The rate of drug abuse or addiction among physicians is from 30 to 100 times that of the general public…. The American Medical Association estimates that some 60,000 of the country’s 316,000 doctors misuse drugs of various kinds. The drug abuser among physicians has a predisposing personality for addiction, and suffers from overwork and fatigue. Since drugs are readily available, they are an occupational hazard. — Science News, April 5, 1969

The “30 to 100 times” figure was found to be inflated, partly as a result of statistical methods used at the time. But drug abuse remains a problem among physicians today. A 2018 review in Current Opinion in Anesthesiology says 15.4 percent of doctors say they abuse drugs or alcohol, compared with an estimated 12.6 percent among the public. Most commonly abused are alcohol, painkillers like opioids and stimulants such as cocaine. Abuse likely occurs due to easy access and work stress, as well as burnout, which a 2018 report in Mayo Clinic Proceedings says affects 54.3 percent of doctors.