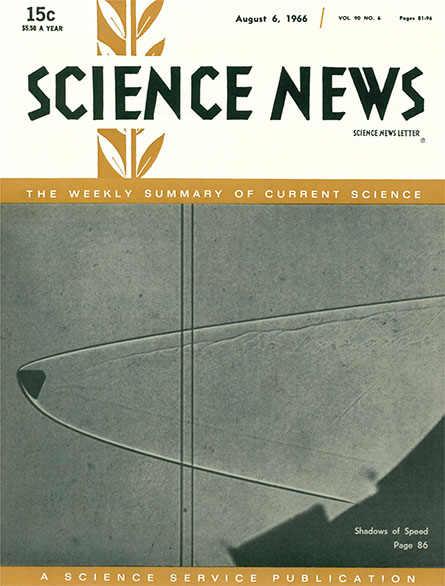 Seafood is exhaustible — Man is capable of using up the resources of the ocean … and if he is going to exploit them intelligently, he has a lot to learn…. The world’s annual fish catch went up from 23 million to 46 million tons between 1953 and 1963, and is now estimated at 50 million tons, but scientists do not expect it to double every decade indefinitely. — Science News, August 6, 1966.

The fish catch hasn’t doubled every decade, but increasing catches still cause concern. The Fisheries and Aquaculture Department of the United Nations reported a worldwide catch of more than 89 million metric tons in 2010 and 93 million tons in 2014. These numbers may be an underestimate, ignoring small-scale fisheries, scientists reported in 2016. While governments set limits on fishing certain species, some critically endangered and threatened species — such as Chinese pufferfish and Pacific bluefin tuna — remain food favorites.