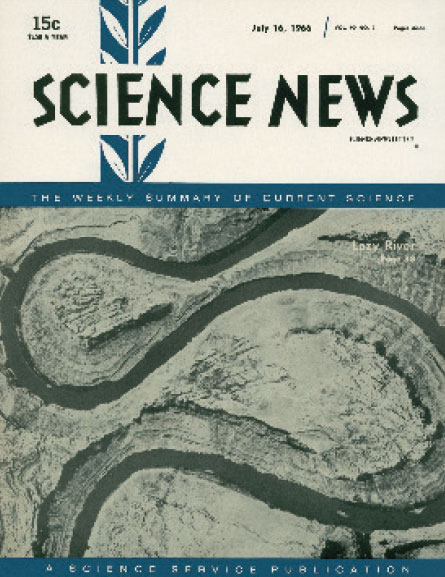 Lightning seen as cause of puzzling chondrules — Lightning flashes in the huge cloud of primeval dust and gas from which the planets in the solar system condensed may have caused formation of the puzzling objects known as chondrules … the tiny, rounded granules about the size of poppy seeds found in stony meteorites…. Dry lightning flashes could have been the source of the fast heating that, followed by quick cooling, [explains] the glassy structure of chondrules. — Science News, July 16, 1966

Chondrules are among the oldest pieces of planetary building blocks, formed roughly 4.6 billion years ago during the solar system’s first few million years. How they formed is still up for debate. But the lightning hypothesis has mostly fallen out of favor. One leading idea is that chondrules emerged in the wake of shock waves that rippled through the planet nursery. Those shock waves may have been triggered by collisions of embryonic planets, gas waves spiraling around the sun or strong solar flares.