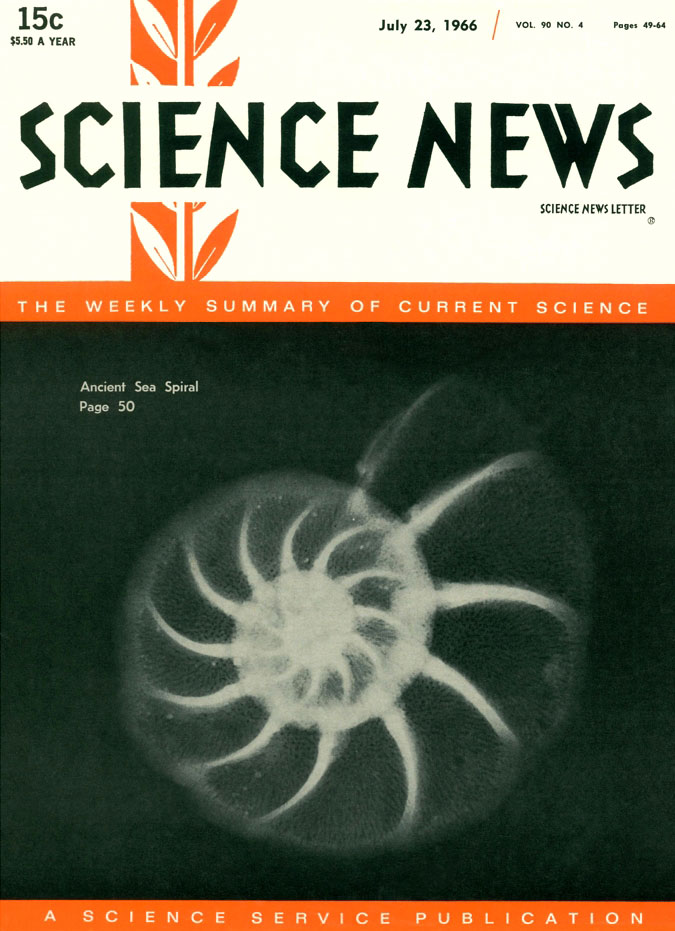 ‘Hearing’ electrically — A deaf person has been able to “hear” as a result of direct electrical excitation of auditory nerve fibers. But what he can hear may not make much sense…. Although speech-modulated stimuli were not understood, they were unerringly recognized as speech, mainly by rhythm and volume cues…. Optimism about the possibility of an artificial sense organ is now slightly more justifiable.  — Science News, July 23, 1966

First developed in the late 1970s, cochlear implants became available in 1984 for deaf people who wanted to hear. Today, more than 300,000 people worldwide wear the small electronic devices, which translate sound into electrical signals that travel directly to the brain via the auditory nerve. The implants don’t fully restore hearing, but they enable processing of human speech. The next wave of implants may replace electrical signals with lasers and LEDs to boost the frequencies users can hear and more accurately reproduce sound.