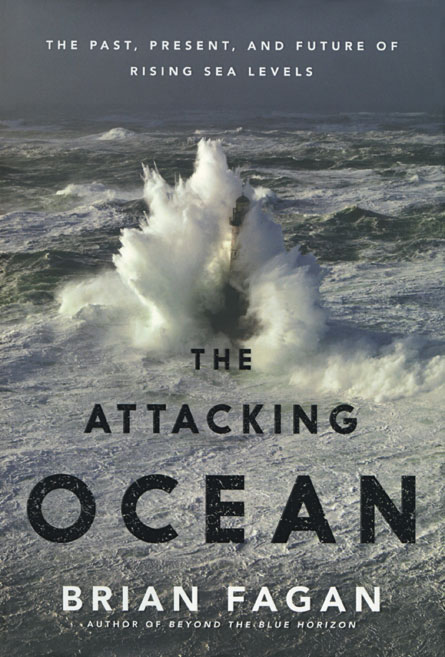 The threat of rising seas is not new. Since the last Ice Age began windingdown 15,000 years ago, the ocean has ascended 120 meters in a series of pulses. But when the world was thinly populated, small bands of hunter-gatherers could pick up and go when the sea surged. Now that hundreds of millions of people are settled in crowded coastal cities, the rising seas predicted for a warming world are more dangerous than ever, argues Fagan, an archaeologist.

Fagan chronicles the history of the climbing oceans and their influence on the development of early civilizations such as those of ancient Egypt and Mesopotamia. He also shows how modern societies from New Orleans to Shanghai continue to feel these effects. Without hyping the risks, Fagan provides solid geological, archaeological and historical evidence to support his arguments about what the future may hold.

Submerged land is but one hazard humanity faces as polar ice melts and oceans expand. Sea level rise will also exacerbate flooding from tsunamis and hurricanes. Wetlands, marshes and mangroves provide a natural barrier against these disasters by, for example, staving off erosion, Fagan notes. But humans are increasingly bulldozing this protection to make way for cities and industry. Of course, people have developed their own ways to fight back the seas, with levees, seawalls and the like. But these barriers aren’t foolproof, and sometimes they create their own environmental problems.

Fagan offers no simple solutions for impending sea level rise over the next century — because there aren’t any. But he warns that society has to start tackling the problem now.