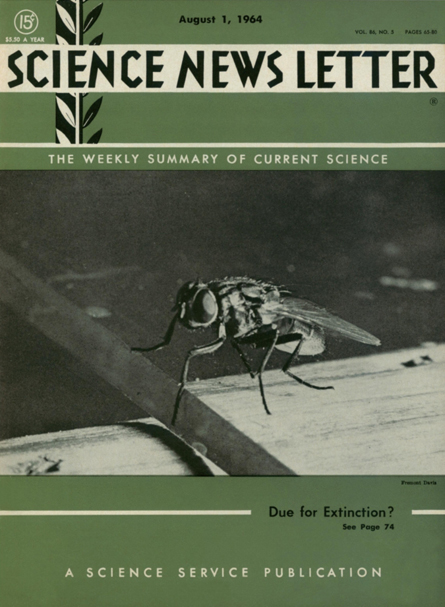 Clues to Life’s Origin — Chemical clues to the origin of life have been found in billion-year-old rocks from Michigan…. Drs. Barghoorn, Schopf and Meinschein found porphyrins related to chlorophyll and hemoglobin, microfossils and optically active hydrocarbons in shale from the Nonesuch formation….  The molecules the scientists have found in the ancient rocks are either identical or very close relatives to those present in young sediments, which are known to consist of former living things. There is hope that the biological compounds just discovered can be used as a geological “clock.” — Science News Letter, August 1, 1964

Newer analyses have pushed evidence of life even further back in time. Living organisms tend to preferentially use carbon’s lighter isotope (C-12), so the ratio of carbon isotopes can indicate life’s presence. In the 1990s, analyses revealed traces of life in rocks from Greenland 3.85 billion years ago. Since then, chemical evidence has been backed up by finds of physical structures that appear to have been created by bacteria 3.49 billion years ago (SN: 2/8/14, p. 16).