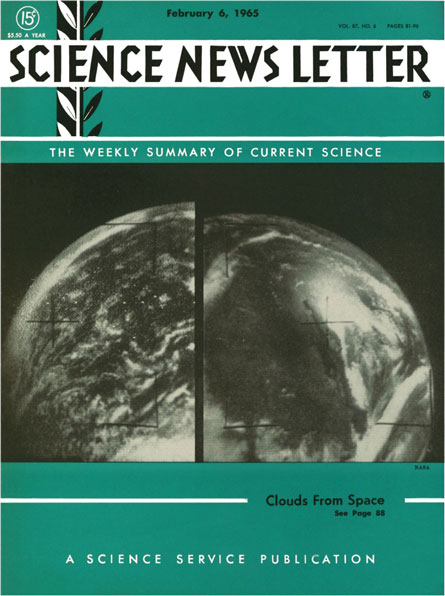 Study Soviet virus claim — Soviet claims that a virus causes amyotrophic lateral sclerosis (ALS)… are getting further study by U.S. scientists. Six of them have just returned to Bethesda, Md., to report on a 12,000-mile trip to visit 23 clinical and laboratory research centers in the Soviet Union.

Neither the Russian nor the American scientists are completely satisfied that a virus really does cause ALS, multiple sclerosis, Parkinson’s disease and other chronic neurological ailments. But they find the idea worth pursuing. — Science News Letter, January 9, 1965

The cause of ALS, a degenerative neurological disease, is still unknown but viruses remain a prime suspect, particularly retroviruses. This family of viruses uses molecular machinery called reverse transcriptase to reproduce. High numbers of ALS patients have reverse transcriptase in their bodies. ALS patients have also been found to have unusual retrovirus activity in the parts of the brain damaged by the disease. But so far, a causal link between a retrovirus and ALS has evaded scientists. Physical trauma, toxins and genetic mutations have also been associated with the disease.