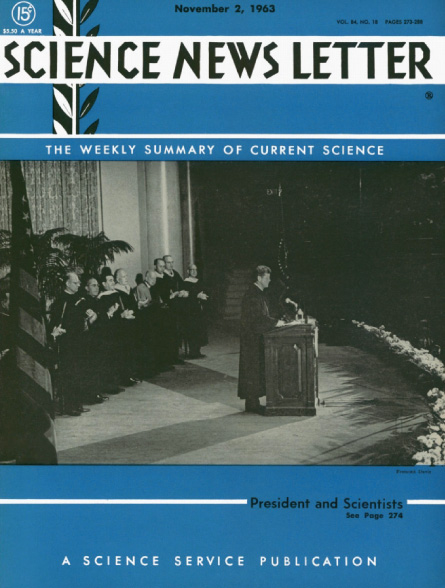 A belt of yet-to-be-seen comets lies near the pathway of the farthest planet, Pluto, predicted by Dr. Fred L. Whipple, director of the Smithsonian Astrophysical Observatory, Cambridge, Mass.…

The belt extends out to an undefined distance [and] is distinct from the great cloud of comets that is more than twice as far off and that accounts for the occasional comets we see…. Dr. Whipple said the gravitational pull of the comet belt probably is responsible for disturbances in the planet Neptune’s orbit. This would mean that the belt would be ten times heavier than earth.

The 1992 discovery of an icy object beyond Neptune confirmed the existence of the Kuiper Belt, named for Gerard Kuiper, who predicted its existence in 1951. NASA’s New Horizons spacecraft will fly into the Kuiper Belt after its 2015 flyby of Pluto, now recognized as a Kuiper Belt Object instead of a planet.