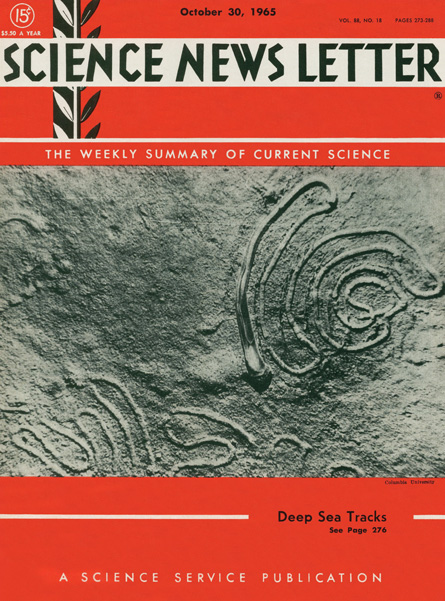 Ancient algae found — Tiny fossils of some of the oldest blue-green and green plants on Earth were found in well-preserved condition in Bitter Springs limestone in central Australia. The age of these prehistoric plants cannot be stated with certainty, but they probably are 700 million to 800 million years old. — Science News Letter, October 30, 1965

The 1965 discovery was one of the first fossil discoveries of early oxygen-producing photosynthetic organisms. Today’s oldest known fossils of cyanobacteria — the first life-forms to produce oxygen, once known as blue-green algae — date to around 2.1 billion years ago . But cyanobacteria debuted much earlier. The Great Oxygenation Event, around 2.3 billion years ago, poured oxygen into Earth’s atmosphere. And recently, researchers have reported evidence that oxygen-producing organisms existed long before that, perhaps 3.2 billion years ago (SN Online: 9/8/15).