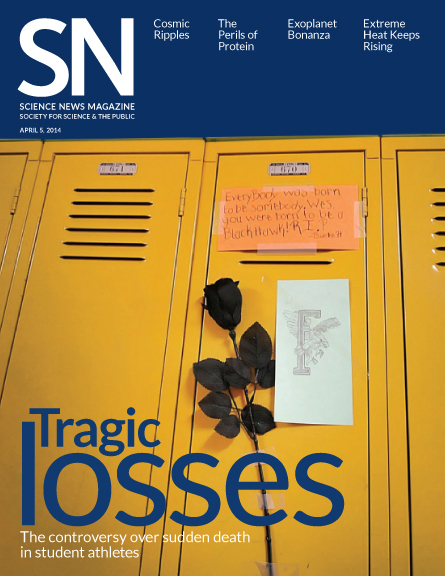 Conflicting estimates of the Hubble constant — a measure of the speed of the universe’s expansion — have sparked debate among cosmologists. The discrepancy in data from the Planck satellite with data from other methods may be just a mistake, or it may require adjusting the cosmological model of the universe, as Tom Siegfried explained in “Cosmic question mark” (SN: 4/5/14, p. 18).

“I think I’m missing something,” reader Michael Herzog wrote in an e-mail. “If dark energy is causing the expansion of the universe to accelerate, wouldn’t we expect the value of the Hubble constant derived from the early universe (the Planck results) to be smaller than the current value?”

Siegfried replies: “The Planck satellite does not measure the Hubble constant directly, but collects data that can be used, in conjunction with other properties of the universe, to calculate the present day Hubble constant. Incidentally, at early times the universe’s expansion was decelerating; it did not begin to accelerate until the universe was several billion years old.” 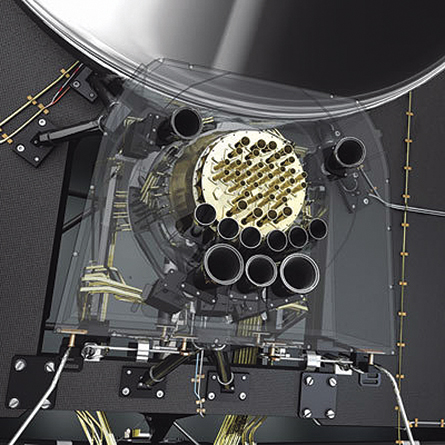 The Planck satellite’s two instruments, shown in this artist’s illustration, gather microwaves to map radiation left over from the Big Bang.

The Low Frequency Instrument (gray tubes) converts lower-energy microwaves to electricity to measure the intensity of radiation at each frequency.

While the average global surface temperature has hit a plateau in the last 15 years, high temperatures continue to climb on land, as Beth Mole reported in “Extreme heat still on the rise” (SN: 4/5/14, p. 12).

Several readers wanted to know if this finding meant that climate scientists were seeing an increase in colder-than-normal temperatures, too. “I found Beth Mole’s article very interesting, but I was left wondering about cold extremes,” wrote Alexander Sabatino. “I mention this in light of the recent harsh U.S. winter, especially in the Northeast. If global surface temperature is overall level, shouldn’t heat extremes be balanced by cold extremes?”

In the study, says Mole, “climate scientist Sonia Seneviratne and colleagues focused on land temperature records because cooling ocean surface temperatures are the prime suspect behind the planet’s recent flat-lined average surface temperature. While scientists are still trying to understand why ocean surface temperatures are staying cool, it’s clear that some of the missing heat is being dunked deep underwater, possibly by unusually strong trade winds (SN: 3/22/14, p. 12). In the meantime, the authors reported ongoing rising heat trends on land. While some research has linked climate change to extreme weather besides heat, in this study the authors report no clear trend in cold temperature dips over land.”

To screen or not to screen

In “Sudden death” (SN: 4/5/14, p. 22), Laura Beil described the issue of using electrocardiograms to identify young athletes at risk for fatal heart problems. But a misdiagnosis could bench a healthy player for no reason, leaving cardiologists divided on whether to require large-scale screening.

Readers weighed in on the debate with their own experiences. “Mandatory EKG screening should not be proposed for just athletes but for all young people,” e-mailed Elizabeth McDowell. “EKGs can identify other heart conditions in addition to heart attack risks, some of which don’t become obvious until later in life. I am one person who could have benefited from EKG screening. When I was 40 and in the eighth month of my first pregnancy, I was diagnosed with Wolff-Parkinson-White syndrome, which causes bouts of rapid heartbeat. The complications during and after childbirth were life-threatening for me. My family and I would have been grateful for advance warning of the condition.”

But other readers pointed out that the risk of needlessly pulling a healthy athlete off the field is high. As Craig Finseth noted, “with 8 million people participating in athletics in any given year, a false-positive rate of 0.1 percent — which is an incredibly good rate — would ‘identify’ 8,000 people, which is 7,900 people more than the death rate of 100 per year.”