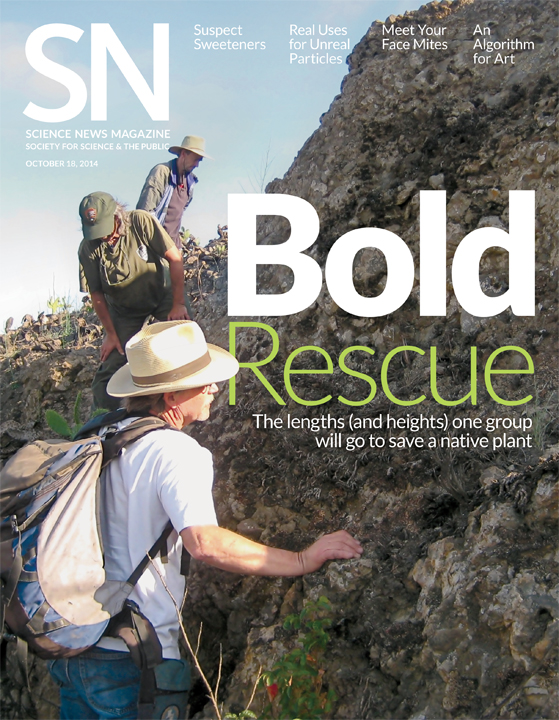 Speculation about a sail

The fish-eating dinosaur Spinosaurusmight have been an avid swimmer. As Susan Milius reported in “Lost-and-found dinosaur led a semiaquatic life” (SN: 10/18/14, p. 10), adaptations like dense limb bones and small hips hint that the big predator thrived in water.

The findings inspired a lot of discussion about Spinosaurus’ tall, saillike flap that rose from its back. “Has the purpose of that enormous fin been determined?” asked Jim LeSire. “It seems unlikely it was used for radiating excess heat if the animal spent so much time in the water.”

Mark S. wondered if the “sail” could have been exactly what it looked like: “A giant sail that the dinosaur used to give itself a boost between hunting grounds? By angling itself correctly it should have been able to tack under a variety of conditions.” Commenter bruzote, though, didn’t think much of the idea of a wind-powered dino. “We see ‘sails’ in other species and not one is used for sailing.”

For now, paleontologists don’t know how Spinosaurus used that impressive sail, says Milius. The researchers who did the study mused that it might have acted as a flashy display that would be visible while the dinosaur glided through the water. But of course, she adds, anatomical features can perform more than one task. “And what drives a structure’s evolution originally may not be what maintains it as time goes on.”

Mites are all right 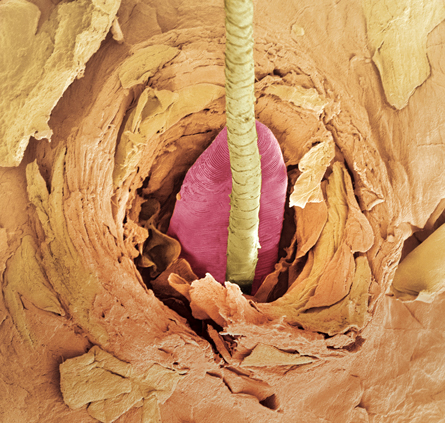 Amid a chorus of “yuck!” and “ew!”some readers on Twitter responded surprisingly positively to the news that they probably have microscopic mites hiding out on their faces (SN: 10/18/14, p. 4).

“As long as they don’t bother me, I don’t mind them chilling there.”
@ecoponics92

“I wonder, do my face mites get sunburned when I get sunburned? Do they appreciate a bit of sunblock?”
@carbonconcepts

“What a microbiome we have!”
@libby_kelly

Christen Felton thought the study deserved some scrutiny. “The mice for the control group were given glucose, yet glucose isn’t readily available to us as a sweetener. What is available is sucrose, whose fructose component is so demonstrably deleterious that it seems unfair to have used glucose instead.”

With all the fuss over sugar substitutes, some think the best option is to opt out. “In addition to the possible (probable?) negative health effects, artificial sweeteners have another problem: they all taste bad and leave a disagreeable aftertaste,” wrote online commenter Phansigar. “I avoid them. I’ll take my chances with sugar if I have to.”

Sorting out tools and stones

Two sets of stone tools from Brazil described by Bruce Bower in “More signs emerge of New World settlers before 20,000 years ago” (SN: 10/18/14, p. 14) suggest that groups of early settlers beat the Clovis people to the Americas.

“I hate to say it, because I love the idea of 20,000-year-old tools, but those chips look like naturally occurring fragmented crystalline rocks like I found by the bucketful in Northern Arizona,” wrote online commenter Kiplin.

The simpler the proposed tools, the tougher it gets to identify intentional modifications, says Bower. “The researchers who reported the find say that microscopic marks on the rocks came from everyday activities, like butchering animal carcasses. Critics say that natural events, such as rock slides, probably created the chipped rocks at the Brazilian site.”

Editor’s Note: This article was updated December 8, 2014 to correct the description of sucrose. It is a compound, not a mixture, of glucose and sucrose.